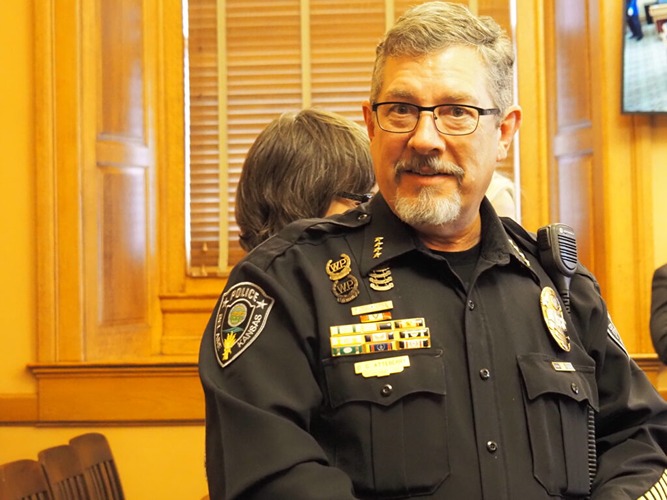 TOPEKA, Kan. — Kansas law enforcement officials have sounded the alarm about fentanyl and mental health crises across the state, saying fentanyl is now a greater threat than methamphetamine.

Sedgwick County Sheriff Jeffrey Easter said he is still seeing a surplus of inmates suffering from mental illness, waiting in jail for long periods of time to receive treatment. During a House Corrections and Juvenile Justice Committee meeting Tuesday, he urged lawmakers to find solutions.

Community hospitals and jails in western Kansas have had to pick up the slack, housing mentally unstable patients without state reimbursement because of shortages of mental health care workers and beds for patients.

Cases of people deemed a danger to themselves, or others are reviewed by the district attorney’s office and are held at the county jail until a hospital bed is ready.

Easter said he was having problems with a huge backlog of competency evaluations and a long list of people at the jail waiting for mental health treatment. Easter said the issue was an impediment to law enforcement and personnel recruitment. Sedgwick County Jail is currently operating with a 121-person worker shortage.

He mentioned one jail inmate with mental health issues who is paralyzed from the waist down and has a history of self-harm. The inmate has been sent to the hospital more than 15 times for self-inflicted wounds.

After going to a district attorney about the situation, a judge ordered Larned State Hospital to evaluate him. After two weeks, he was sent back to the jail. The inmate needs his legs amputated but is opposed to the procedure.

“We are left with the decision: Do we let this person rot in jail? Because basically he’s rotting,” Easter said.

Easter also warned of a rise in fentanyl-related deaths, saying the state needed to do more education on the dangers of fentanyl.

During the meeting, Bel Aire Police Chief Darrell Atteberry said more needed to be done about repeat juvenile offenders. He said he has seen more crimes being committed by younger people.

Atteberry said a more thorough public safety risk assessment should be done on repeat offenders to keep them and others their age safe.

“We would like that assessment to be strengthened so that we can maybe keep those juveniles in custody or out of the environment where they were led to do those criminal acts in the first place,” Atteberry said.