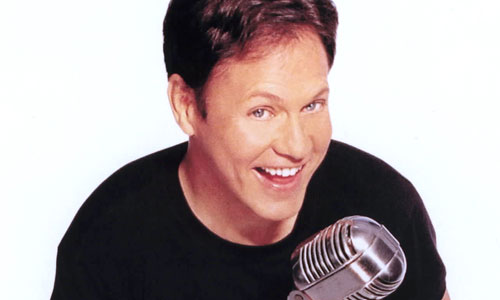 Comedic performer and renowned radio personality, Rick Dees has made an indelible mark in the entertainment world with his captivating enthusiasm and quick-witted style. His #1 internationally syndicated radio show, The Rick Dees Weekly Top 40, is heard each weekend by more than 70 million people around the world, including virtually every city in the United States, 125 countries, 27 massive ships at sea, and on the Armed Forces Radio Network. Dees' familiar voice and a multitude of characters have become a mainstay of the American psyche and have even extended into Beijing, China becoming the first English-speaking radio show to entertain Chinese listeners on weekends.

Dees became the hottest property in radio when he began hosting the top-rated morning radio show in Los Angeles on KIIS-FM in July of 1981. In a short time, he turned KIIS-FM into the #1 revenue-generating radio station in America with an asset value approaching one-half billion dollars. With unprecedented rating success, Dees garnered many accolades, including Billboard Radio Personality Of The Year ten years in a row, the Marconi Award, the National Radio Hall Of Fame, and his induction into the National Association Of Broadcasters' Hall Of Fame.
His latest ventures reflect his expansion into the digital realm, expanding distribution of his own abundant entertainment content, as well as launching many online digital channels presented online via the newly upgraded hub of all things Rick Dees, Rick.com.

Rick Dees' introduction to the international entertainment arena began during the disco craze of the late 70s. Dees wrote and recorded "Disco Duck," the award-winning runaway hit that sold more than six million copies. This platinum recording earned him a People's Choice Award, and the BMI Award for record sales in one year. In 1984, Dees received a Grammy Award nomination for his comedy album, "Hurt Me Baby – Make Me Write Bad Checks" and has since received the Grammy Governor's Award. His other comedy albums – "I‘m Not Crazy," "Rick Dees' Greatest Hit (The White Album)," and "Put It Where The Moon Don't Shine" have also enjoyed worldwide success.

In television, Dees hosted his own late-night show on the ABC television network in the early '90s, "Into The Night Starring Rick Dees." He has guest-starred on "Roseanne," "Married With Children," "Cheers," "Diagnosis Murder," and many other hit shows. In addition, Dees hosted the popular syndicated series "Solid Gold" from Paramount Television, and his voice has been enjoyed in numerous animated features, including The Flintstones where he starred as Rock Dees, and Jetsons: The Movie, where he played Rocket Rick.

While his ingrained sense of the absurd and his fervent love of comedy has earned him top ratings in every city in which he has performed, Dees also has become a consummate businessman and entrepreneur outside the radio world. He is the founder/partner of the Fine Living Network, which is now the Cooking Channel on Scripps Networks. He is also the founder of DDN – The Dees Digital Network, the online engine that drives Rick.com.

An avid outdoorsman, Dees is passionate about preserving the open land in America. He is also a farmer, raising both crops and cattle in central Kentucky. He loves water skiing and golf and has a handicap of 6 on the links. He even caddied at the Masters in Augusta for Mark O'Meara. Rick is also an ardent pastry chef, who loves to bake anything with chocolate. His new book, Rick Dees Top 40 Greatest Desserts has received rave reviews.

Dees graduated from the University of North Carolina at Chapel Hill with a bachelor's degree in Radio, TV, and Motion Pictures, and is an inductee into the North Carolina Broadcast Hall Of Fame. Active in Young Life, an organization committed to helping youth in their formative years, Rick also is a proud participant in the Boy Scouts Of America, having earned the rank of Eagle Scout himself at age 15.

Rick Dees currently resides in Toluca Lake, a suburb of Los Angeles, with his wife Julie, who is an accomplished comedienne with numerous credits, including being the voice of several Smurfs, and the voice of Casper The Friendly Ghost. Julie's stand-up comedy has thrilled audiences around the world, and she plies these skills as a regular on Rick's radio shows. They have one son, Kevin, who is a specialist in real estate and entertainment.