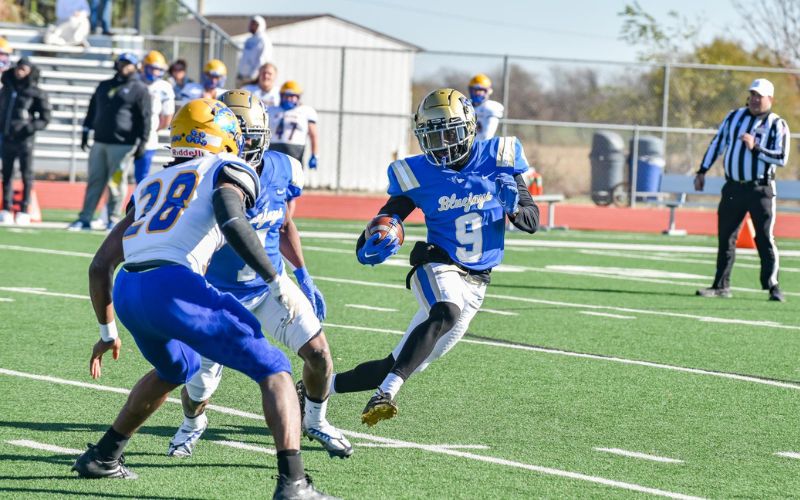 Hillsboro, Kan. (bethanyswedes.com) – The Bethany College Swedes took the road for their final road game of the season to face off against the Tabor College Blue Jays.

The Swedes’ defense definitely played their part as they were able to force multiple punts along with three turnovers. In the first quarter, Keanu Ebesu recovered a fumble and returned it to the Bethany 42-yard line. In the second quarter, the defense would force a couple of turnovers on downs.

In the second half, Tabor would miss a field goal attempt midway through the third quarter and Connor Payomo would recover a fumble right before the end of the quarter. In the final period, Shane Harris would pick off the Blue Jays quarterback in the endzone and return it to the Bethany 30-yard line.

Justin Rodriguez would draw the start for Bethany in this matchup and go 8 for 19 for 104 yards in the air. Josiah Hardrick would have his best game as a Swede rushing for 70 yards on 20 carries. Demetric Toney would lead the Swede receivers with 6 catches for 88 yards.

The Bethany College Swedes will look to end the season on a high note with a favorable matchup against the Ottawa Braves for senior day. The game is set for a 1PM CT kickoff.

Grossner Announced as Next Head Football Coach for the Swedes