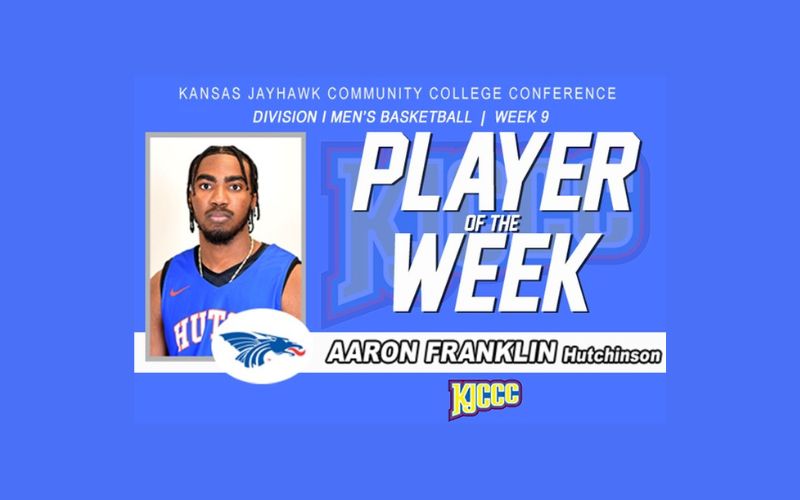 (bluedragonsports.com) – For the second time in the 2022-23 season, Hutchinson Community College redshirt freshman guard Aaron Franklin was named the Jayhawk Conference Division I Player of the Week on Tuesday.

The 6-foot-6 guard from Kansas City, Missouri, Aaron Franklin posted his fifth double-double of the season and tied for the seventh-most rebounds in single-game Blue Dragon history in two Hutchinson victories last week.

Franklin averaged a double-double with 23.5 points and 12.0 rebounds per game while shooting 48.7 percent from the floor.

Against Seward County, Franklin knocked down five 3-point goals on the way to a 25-point, 18-rebound performance against the Saints. Franklin is the conference’s leading scorer at 23.9 points per game.

Franklin is the first repeat winner in the KJCCC for Player of the Week honors this season. He also earned league honors in Week 1.

The Blue Dragons are off on Wednesday and travel to Garden City at 4 p.m. on Saturday.

Aaron and Aaron (Franklin and Potter) Power Dragons Past Cowley