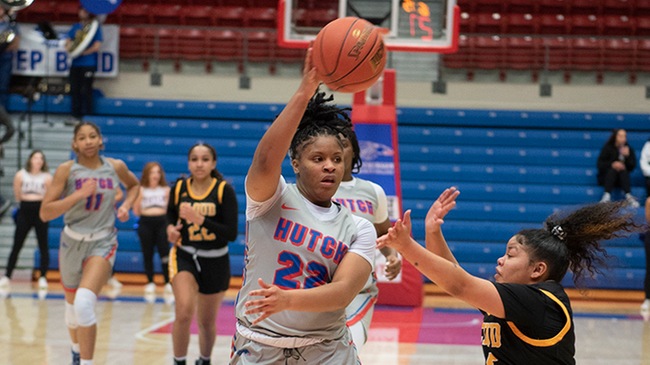 The Waxahachie, Texas, product was named the Jayhawk Conference Division I Women’s Basketball Player of the Week on Tuesday.

Williams had games of 28 points in a road win against Independence and 23 against the Thunderbirds. She also averaged 4.0 rebounds, 3.5 assists and 4.5 steals last week. Her career-high six steals also came in the Cloud County game.

Williams is the fourth-leading scorer in the KJCCC at 18.0 points per game. She is No. 3 in the KJCCC in free-throw shooting at 84.1 percent and her 49 3-pointers are tied for fourth in the KJCCC.