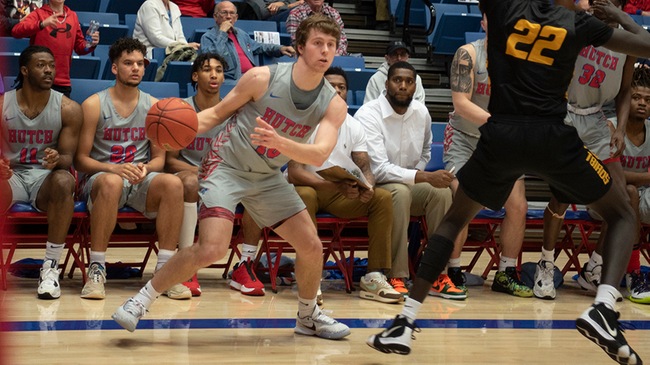 For the first time in his career, Blue Dragon sophomore Jayden Garrison is named the KJCCC Division I Men's Basketball Player of the Week. (Andrew Carpenter/Blue Dragon Sports Information)

HUTCHINSON, Kan. – Hutchinson Community College sophomore guard Jayden Garrison was a true team leader down the stretch in a pair of Blue Dragon victories over Independence and Cloud County.

Garrison was named the Jayhawk Conference Division I Men’s Basketball Player of the Week on Tuesday for those performances.

The sophomore from Little River scored 15 points, making some big shots down the stretch of Hutchinson’s 115-94 win at Independence last Wednesday. He then hit a go-ahead baseline 15-footer with 39 seconds left to cap an 18-point outing in an 88-82 win over Cloud County.

For the week, Garrison averaged 16.5 points while shooting 48.0 percent from the floor. Garrison was 7 of 17 from the 3-point line. Garrison had a career single-game high six assists in a key road win at Independence.