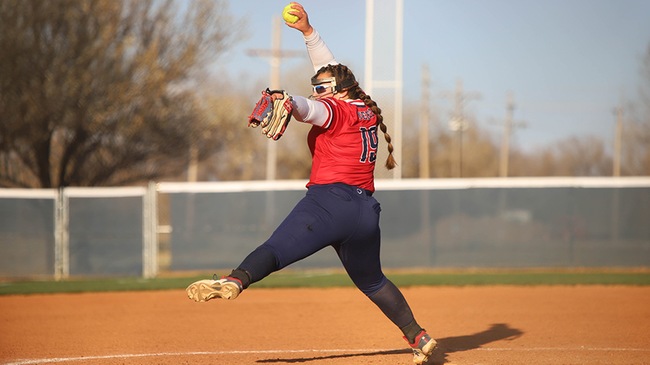 HUTCHINSON, Kan. – With several key pieces returning from one of the top seasons in Hutchinson Community College softball history in 2022, the 2023 Blue Dragons begin a season as a nationally ranked team for the first time in 35 years.

One year ago, the Blue Dragons went 41-8 overall, finished second in the Jayhawk Conference and third in the Region VI Tournament. The Dragons earned two victories over Region VI champion Butler along the way. Butler starts the 2023 season ranked seventh in the NJCAA Rankings.

Starting her 19th season at Hutchinson, head coach Jaime Rose has a strong returning group led by two All-Americans, three returning everyday starters and the bulk of one of the best pitching staffs in team history.

Super-sophomore Madison Grimes returns for a third season to lead the Blue Dragons. Grimes was a freshman All-American and 2021 KJCCC Freshman of the Year. She is a .460 career batter with 143 hits, 16 home runs and 119 RBIS.

Wertz and left-handed starting pitcher Emily Munson will lead the Blue Dragons in the circle this season.

Right-handed super sophomore Kierstan Weitze, who is in her second season with the Blue Dragons after spending the 2021 season at Highland, was 9-2 last season with a 3.31 ERA.

The Blue Dragons are scheduled to open the season on Saturday at Fun Valley with the Ottawa University Junior Varsity.

Blue Dragon Men Fall on the Road at Barton