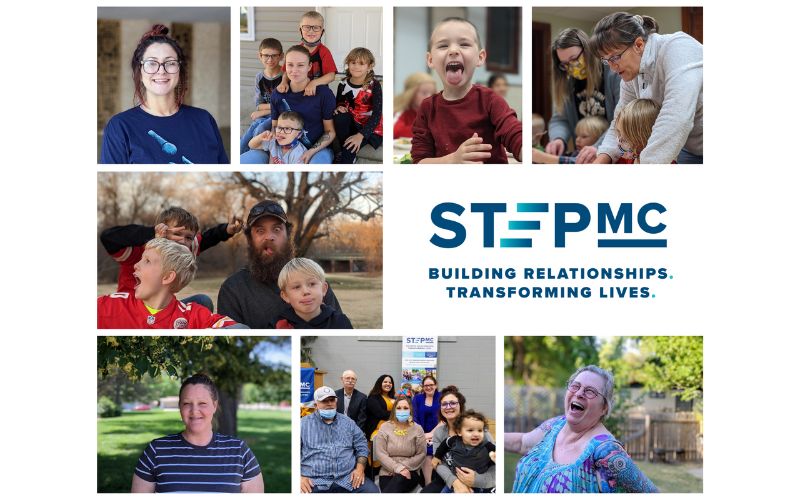 MCPHERSON, Kan. – The McPherson County Community Foundation (MCCF) will be holding their Philanthropist of the Year (POTY) event on Nov. 17 at 7 p.m. The event is the Foundation’s largest of the year and will take place at the McPherson Opera House. Celebrating the accomplishments of volunteers, donors and organizations. The award along with $1000 to give to the charity of her choice will be given to Susan Henson-Meng.

For the first time MCCF will also be celebrating the Organization of the Year, the award will be going to Steps Against Poverty McPherson County (STEPMC).

Henson-Meng began volunteering when she was 15 years old in her hometown of Wakefield, KS. Her mother was involved in fundraising efforts of the Wakefield Museum. Henson-Meng spent her time at the museum and helped with the staging, cleaning and helping meet deadlines to open to the public. The museum was a place that preserved the town’s history after the building of the Milford Dam forced the town to move.

“From this experience, I learned to dream big, work hard and leave ‘it’ better than I found it,” Henson-Meng said, “The satisfaction of volunteering makes me feel like I am a contributing citizen.”

Henson-Meng was nominated for her work with APT 6 Consignment and Resale Shop. She began volunteering for APT 6 in the spring of 2021 working through all areas of the shop. In Jan. of 2022 Henson-Meng volunteered to manage the shop. Her biggest contribution has been the changes she’s made to the layout of the shop. According to Henson-Meng it was her big emphasis to have sections that made sense. Henson-Meng also made changes to what items APT 6 can accept.

Moving forward Henson-Meng wants to rename these sections of the shops after former McPherson businesses. Henson-Meng mentioned the idea of the baby section being named after a store that used to sell baby supplies.

The changes to the store have made an impact in what the store is able to contribute towards the Opera House. Sales have been up and customers have been complimentary of the new look.

“Susan is the gold-standard of what a philanthropist should be,” Becky Goss, President/CEO of MCCF said, “Spending her time and energy with a mission to make the organization better really shows you what kind of person she is.”

“I am so honored and completely surprised to have been selected for this award. My decision to accept Volunteer Manager at Apt 6 came from my heart.  I felt I could make a difference at a time when Apt 6 needed someone to step up,” Henson-Meng said, “I could not have accomplished all that was done without our faithful volunteers, nor without my Lord and Savior. His reward to me is ‘Well done, my good and faithful servant.’ Matthew 25:21.”

STEPMC was founded in 2010 by a group of passionate leaders in the city of McPherson who were dedicated to fighting poverty and inspired by the power that relationships had in that fight. The organization currently has operation sites in McPherson and Moundridge, KS.

STEPMC main impact is through helping those in poverty through classes and programs. The idea is to create a safe and constructive environment that can be the support people need. During programming STEPMC hosts weekly dinners that are covered by sponsors of the organization. As it currently stands STEPMC has gathered 40 sponsoring businesses/organizations.

The award will be a defining moment of appreciation for an organization that has contributed so much to the uplifting of not just a city, but the county in general.

“STEPMC is humbled to be named the 2022 Organization of the Year. We have an amazing village of donors, volunteers, board members, staff, and people in poverty who have poured their time, hearts, and resources into our mission this past year. We are deeply grateful for this community’s support, and we’re excited for what’s on the horizon for STEPMC.” Austin Regier, Director of STEPMC said, “One of the things that I believe sets STEPMC apart is that we are providing a long-term solution to poverty by allowing people in poverty, our “Team Leaders,” to take the lead. Thus, I want to give a special recognition to our Team Leaders: We are honored to be able to walk alongside you as you put in the hard work to move yourselves, your families, and our community beyond poverty. This work is possible only when we work together.”