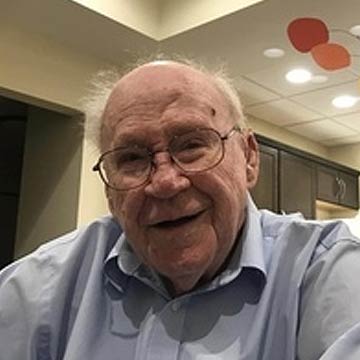 Paul Arthur Friesen, age 98, died May 30, 2022 at the Schowalter Villa in Hesston, KS.  He was born September 10, 1923 at Bethel Deaconess Hospital in Newton, KS; the 9th child and 5th son of Peter Abram Friesen and the first child of the union of Peter Abram Friesen and Florence Cooprider Friesen.  He was preceded in death by his wife Wilma Wenger Friesen and by 4 half sisters, 4 half brothers, one sister, a son in law Stanley Roth, and daughters in law Jane Friesen and Kathleen Friesen.  Survivors include his children;  Kelvin Friesen (Karen) of Archbold, OH, Janice Roth West (Tom) of Wichita, KS, Eric (Wanda) of Cimarron, KS, Gregg (Joanna) of Newton, KS, Jon (Kristeen) of North Newton, KS, Jennifer LeFevre (Dennis) of Woodland Park, CO along with 12 grandchildren and six great grandchildren.

At age 3 months Paul traveled with his family by ship from New York to Bombay, India and from there by train to Central India where his parents served as missionaries with the Mennonite Church; his mother a physician and his father an evangelist.  His early years were spent playing with his younger sister (Grace) and children from the village of Sankra in the Central Provinces where the family lived.  At age 5 he began school in Landoor (U.P India) at Woodstock School in the foothills of the Himalayan Mountains.  He recalled being capable of speaking in English, Hindi (including the local Chitisgarri dialect from where he grew up), and Urdu.  While he initially dreaded boarding school, it was that setting that gave him a peer group with diverse interests and, up to his death, he retained a fondness for the school and its mountainous setting.   In the early 30’s the family returned to the states for two years with one year in Iowa and one in Chicago.  In the end, the return to India was a welcome relief.   His time in India left Paul with a bounty of stories of snakes, leopards, tigers, and long travels by bike or train.  It was not unusual for him to bike 30 to 40 miles on dusty roads to visit friends, hike in the mountains, or to swim in the headwaters of the Ganges.  It was perhaps that setting and those experiences that led him to develop an ability to delight others with stories that held the attention of his children and others.  The family returned to the states in 1941.

Once back in the United States, Paul attended Hesston Academy and College where he met Wilma Wenger of Wellman, IA.  They were married after he graduated from Goshen College where he completed a Bachelors of Theology degree.  Together he and Wilma worked in church planting in Highway Village, IL and Sterling, IL where their first two children were born.  A call from Hesston College led to a career change when the college recruited Paul to develop an art program for the college.  That prompted further education and an eventual MFA from Fort Hays State University.  His teaching career included work at both Bethel and Hesston Colleges where he focused on ceramics and sculpture.  He continued to preach and through his life worked in various roles within the church.  His sermons were remembered as much for their stories as for their theological content.   Paul saw himself first as a pastor and his art work often embodied elements of his faith. Following retirement Paul worked in his studio doing ceramics and working with both wood and stone to create works of art.  His final commissioned sculpture piece was completed in his 97th year and his final work of ceramics, a burial urn for a close college friend, at age 98.

In addition to his family, Paul’s passions included teaching, gardening, a love of Indian food, and travel.  With his family of six children he and Wilma camped from Idaho to Virginia.  He instilled in his children a cooperative and congenial sense of family that continues to this day.  Paul was passionate about life.  While his legacy includes a wealth of art work, both publicly and privately held, his greatest legacy lives in the lives of his family and in the students he taught and mentored over a long and productive life.  This world, it can be said, is a better place because of him.  Interment will be at Eastlawn Cemetery in rural Harvey County.  Services at the Hesston Mennonite Church are pending. 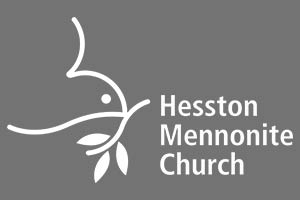