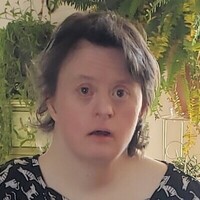 Misty was homeschooled and graduated in 2000. She lived a big and adventurous life. Misty loved movies and music, dancing and cats. She competed in equestrian events in the Special Olympics. Misty and her family often took road trips where she was able to pet and feed lions, tigers, bears, kangaroos and camels. She hated that the cats always stole her shoes. Misty even had a big cat named after her. Her love for traveling took them by plane to Austria, Germany and Hawaii, where she learned to hula. Misty cruised to the Bahamas and explored Disney World, and was kissed by Spiderman at Universal Studios.

Cremation has taken place. Celebration of life will be held at a later date.