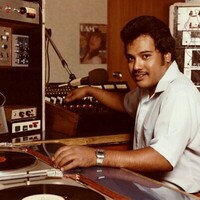 Mike was born and raised in Palo Alto, California. He graduated from Henry M. Gunn Senior High School. Mike worked in mobile communications, theater management handling projection and sound, and ended his work life as a department manager of a national hardware supply store. But Mike will be remembered best as a gifted musician. He was an exceptionally talented jazz and funk drummer who won competitions and was selected for many honor jazz bands and orchestras. He also performed with several bands before becoming a popular D.J. working in San Francisco Bay Area clubs and at private events. He D.J.’d under the name, Mike Kelly.

In 2019, Mike moved to Hutchinson, Kansas. He was planning a move back to California when he was diagnosed with pancreatic cancer in Spring 2022.

Michael will return to California for interment in a private service at Alta Mesa Memorial Park in Palo Alto.