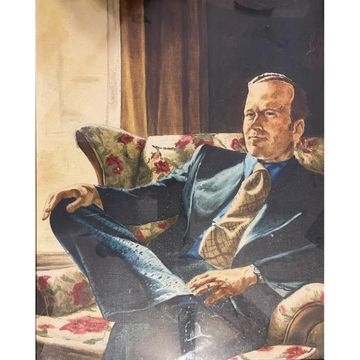 Lester Edward Kidd, 86, of McPherson, KS, passed away peacefully January 23, 2023, at Salem Home in Hillsboro after a lengthy illness.

Lester, better known as Ed, was born February 20,1936, in Topeka, KS to Cecil and Joetta Kidd. He spent most of his younger years in Manhattan, where he graduated from Manhattan High School in 1954 and later attended Kansas State University. He later joined the Kansas Army National Guard where he served full time, ending his military service at the rank of staff sergeant.

Ed married LaVena Kay Chisman August 21, 1960, in Augusta, KS. She survives after 61 years of marriage. They made their first home in Salina where all three of their children were born. He worked in the grocery business for nearly 30 years in Salina, Lawrence and McPherson, where they moved in 1973. Ed later worked for Tony's Pizza Service in Salina from which he retired in 2005. Shortly after retiring from Tony's, he would work for a time for Nations Pizza Products in McPherson.

Other survivors include his children, Lucky Kidd, Patrick Kidd, and Elizabeth Hedberg (Frank), all of McPherson, KS; a brother, Robert Kidd of Wamego, KS; and three grandchildren. He was preceded in death by his parents.

Cremation was chosen and a celebration of life service will take place at a later date.

Memorials may be given to the McPherson County Humane Society in care of Stockham Family Funeral Home, 205 North Chestnut, McPherson, KS 67460.