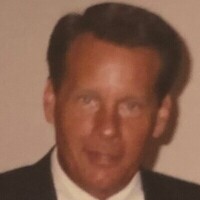 Ken graduated from Hutchinson High School in 1967 and attended Hutchinson Juco. He served in the Army Reserve in Garden City, KS, and Montrose, CO. He was still employed by Diversey until he became ill.

On November 22, 1978, he married Elizabeth Fyler in the Methodist Church at Larned, KS. The wedding was officiated by Reverend Jones who was Elizabeth’s pastor and had been Ken’s in Kingman where he earned his God and Country award. They shared over 43 years of marriage prior to his death.

He was preceded in death by his father, John Harvey Quick.

In lieu of flowers, memorials are suggested to Kindred Hospice in care of Elliott Mortuary, 1219 N. Main, Hutchinson, KS 67501.