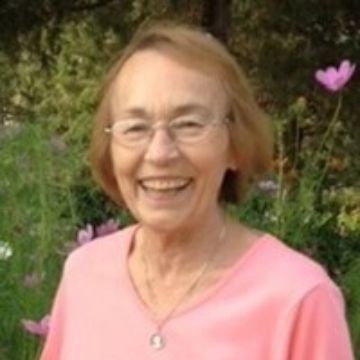 Judy Ann Weigel, age 80 died July 26, 2022 at The Arbors at Waldron Place Memory Care Assisted Living in Hutchinson, KS.  She was born February 17, 1942, in Munjor, KS, to Felix and Elizabeth (Herrman) Schumacher.  Everyone who knew Judy, knows she was a “social butterfly” and her greatest talent was her “gift of gab”.  This earned her the nickname of the Munjor Lilly early in life.

Judy had a passion for music she inherited from her father at an early age.  During High School she would often travel with her father on the weekends playing her saxophone while he played the accordion in the Hermanettes polka band for anniversaries and weddings all over Kansas.

Judy graduated from Hays High School in 1960, where she was crowned homecoming queen.  While still in high school, she worked at her uncle’s beauty salon after school, helping wash client’s hair.  It was there Judy became interested in being a Cosmetologist.  After high school she attended Sidney’s Hairdressing Academy in Hutchinson, KS while living with her sister Alma and her family.  Judy absolutely loved all children.  Her nephews often share stories about waiting at the front door for Judy to get out of school so she could rescue them from the house for a bit as she walked them to Peter Pan for ice cream cones.

While working for another uncle at his local ice cream parlor in Hays, KS, Judy met the love of her life Darrell, as he chased her around the ice cream cabinet one day when he delivered milk and ice cream from the LK Dairy.  They married April 29, 1961 and shared almost 40 years of marriage prior to his death April 17, 2001.  As Darrell climbed the corporate ladder with Dillon’s Food Stores they moved across Kansas and Arkansas, sometimes transferring within weeks or months after the last move.  Judy’s social nature was a godsend during these times as she worked to help Darrell and their three girls adjust to the constant moves. She quickly found work either at local salons or opening her own salon in their home.  Once Darrell got assigned to the Dillon Offices as a Meat Market supervisor, Judy retired for a few years before purchasing Faircrest Beauty Salon in 1980 the year their oldest daughter graduated from High School.  She continued to manage and work as a stylist at the salon until 1994 after her and Darrell paid the last college bill for their girls.  Judy often said, besides raising her three daughters her greatest accomplishment and gift to the girls was their college education.

Judy had numerous hobbies and interests.  Her greatest joy was traveling all over Kansas to attend as many of her grandchildren’s sporting events as she possibly could.  She also enjoyed playing golf, bridge, and going to the casinos.  Judy was known as a “wicked” card player.  She enjoyed following politics and everything going on in her country.  After her husband, Darrell died, Judy volunteered selling tickets at all the Trinity High School Basketball games, where she was known as “Grandma Judy” by all the Junior and High School students and staff.  She was a member of Church of the Holy Cross (where she served as a Eucharistic Minister and Rosary Leader) and St. Teresa Catholic Church.  She absolutely cherished all of her thirteen grandchildren, twelve great-grandchildren, and one great-great grandchild.  She often thanked her girls for bringing such amazing son-in-laws into the family.

She was proceeded in death by: her husband, Darrell; her parents; infant brother, Harry Schumacher; sister, Alma Aich; brother, LeRoy Schumacher; and a nephew, Ricky Schumacher.

Parish Rosary will be held at 9:30 a.m. Saturday, July 30, 2022, with Mass of Christian Burial to follow at 10:00 a.m., both at Church of the Holy Cross, Hutchinson, with Father Aaron Spexarth officiating. The Mass of Christian Burial will be live streamed on the Holy Cross Catholic Hutchinson YouTube page.  Private entombment will follow at the Fairlawn Mausoleum, Hutchinson, for immediate family only.  Friends may call from 9 to 8 Friday at Elliott Mortuary.

Memorials may be made to The Church of the Holy Cross, Hospice and HomeCare of Reno County, or Arbors Memory Care Assisted Living, in care of Elliott Mortuary, 1219 N. Main, Hutchinson, KS 67501.