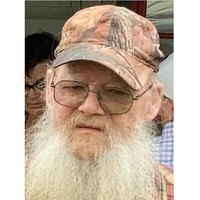 John graduated from Pratt High School in 1979.   He worked alongside his father and brother, Junior in the oil fields. In addition, John worked in construction by building homes while he resided in Missouri. He enjoyed hunting and fishing.

John will be dearly missed by his family and friends.

Cremation has taken place, and John’s wishes were for no service.  Elliott Mortuary, Hutchinson, is in charge of arrangements.

Now - Mon, Aug 8 at 8:00pm
International School of Chess of the Midwest