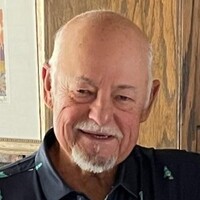 He was preceded in death by his parents and brother, Larry Schwiethale.Harold graduated from Hutchinson High School in 1966, and then attended Hutchinson Community College. He served in the United States Army during the Vietnam War. Harold was a man of many facets. There was always something in his hand, a golf club, firearm, fishing rod, or the lucky hand at the table. He sported a toothpick in his mouth or tucked behind his ear, he’d leave a trail as he traveled the day. Harold was a master in the kitchen, a mixologist, and a coffee connoisseur. He was full of knowledge and he would share, even without being asked. Harold’s mischievous smile and quick wit were infectious. He was a devoted son, loyal brother, doting uncle, and passionate and a trusted friend. Harold’s years with the Golden Gloves was his passion, where he mentored youth for a better path.

He lived his life on his own terms, until the Lord called him home. Harold was blessed to be reconnected with his high school sweetheart, Patty. He lived and died a happy man. Harold’s last days were surrounded by love and peace. He will be greatly missed and was deeply loved by his nieces, nephews and a multitude of friends.Cremation has taken place and burial will be held at a later date in Memorial Park Cemetery.

Harold’s family wishes to acknowledge the excellent care of the medical community and the compassion of Kindred Hospice. We are externally grateful.

In lieu of flowers memorials are suggested to the Golden Gloves Boxing Association or Kindred Hospice, in care of Elliott Mortuary, 1219 N Main, Hutchinson, KS 67501.