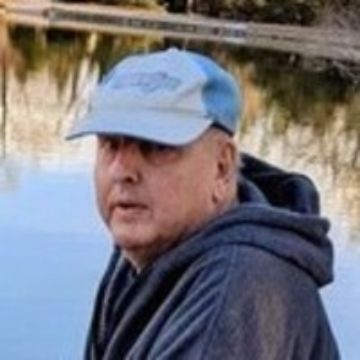 Dudley Owen Burgess, 75, of Hutchinson, died July 26, 2022, at Hospice House in Hutchinson, after a long struggle with prostate cancer. He was born January 22, 1947, in Lacrosse, Wisconsin, to Lawrence Burgess and Dorothy (Ellis) Burgess.

Within days of his birth, his parents relocated to Topeka and eventually to Hutchinson, where he built the R-B Drive-In Restaurant located at A & Poplar. Dudley spent his early childhood playing and fishing on the banks of the Cow Creek, located behind the restaurant. Fishing remained his only hobby for the rest of his life.

Dudley graduated from Hutchinson High School with the class of 1965.

In 1967, he married Karen Kay Poulton. To them one son was born, Darin Owen Burgess.

Dudley went to work as a salesman, working for several car dealerships in Hutchinson. After selling his first car within hours of being hired, the dealership manager stated that he was “a born salesman, who could sell ice cubes to an Eskimo”.

In the early 1980's Dudley attained his license to sell real estate, which led to him building and selling speculation homes. He led a full life, that always led back to fishing. Toward the end of his life he had special fishing buddies that assisted him in getting to the lakes. These friends were: Earl Barnes, Dick Swisher, Gary Vincent, and Larry Montandon. He really appreciated those buddies.

Dudley was preceded in death by his parents and brother, Bradley Burgess.

Per Dudley's wishes, cremation has taken place and there will be no services at this time. Friends may sign the book from 9 a.m. to 5 p.m. Monday through Friday at Elliott Mortuary.

In lieu of flowers, he has requested memorials to Hutchinson Animal Shelter, in care of Elliott Mortuary, 1219 N. Main, Hutchinson, KS 67501.