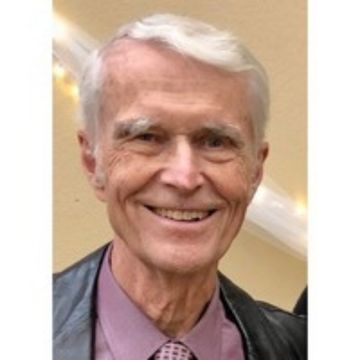 Dr. Don Dirksen, DDS, 86, finished his final marathon at his home in Wichita and went to be with the Lord August 31, 2022.  He was the first-born son of Martin H. and Dorothy (Harrison) Dirksen on August 14, 1936 in Hutchinson.

As a child, Don traveled to many places with his parents. The first trip he ever took was at just six weeks-old.  Before the age of baby carriers, Don was placed on a pillow on his mother’s lap and away they went to Oregon where Dad’s Uncle Harvey lived.  Similar to the story, “ The Grapes of Wrath”, his parents were looking for a better way of life. It ended up they didn’t stay and headed back to Kansas six months later.  When Don was older, they traveled to Northern California to see family for an extended period of time, but they always returned home to Kansas.

Another place Don and his parents visited frequently was Northwest Arkansas where his maternal grandparents lived.  He spent many summers barefoot in swim trunks with his aunts and uncles playing in the creeks. Because of this, Don developed a love for the area that lasted a lifetime.

Don began boarding school at the age of 15.  During this time, he would come home for the summers and work with his father painting houses all over Hutchinson. He appreciated and enjoyed the time we got to spend with his father while earning money to pay for his education.  He graduated from Enterprise Academy, Enterprise, KS, in 1954. He returned to Hutchinson and attended Hutchinson Community Junior College to complete his prerequisites for college.

It was about this same time that he went on a blind date with Jalayne Chappel. They hit it off.  On November 25th, 1959, they were married at the Congregational Church in Hutchinson on 11th Street.

Don knew at an early age that he wanted to be a dentist.  He applied to and was accepted at the University of Nebraska College School of Dentistry. He and Jalayne moved to Lincoln.  During dental school, Don worked long hours at the mental health hospital and for a fellow painter named Charlie.  He maintained his status as an honor student while supporting his growing family.  The twins, Mike and Mark by then made them a family of four.  In 1961, he graduated from dental school and found a job in Tulsa, Oklahoma.  Not long after their move, Ann was born.

After a couple of years in Tulsa, Don was offered an opportunity to work for the Health Department in Wichita, Kansas.  Since both Don and Jalayne’s parents were in Hutchinson, the opportunity in Wichita was a clear choice for them. They packed up their family of five and moved to Wichita in 1963.  Over the next 7 years, Don decided to go into private practice and their youngest child, Jill was born.  He practiced dentistry 33 years and was a lifetime member of the American Dental Association.

Don enjoyed family time and made it a point to attend as many of his children’s and grandchildren’s events as he could.  All of his free time was dedicated to his family and he made that time memorable.  He always put his family first ahead of himself.

Reading non-fiction and memorizing poetry was one of his hobbies. Don loved knowledge and was a life-long learner. In fact, Don went back to school for a masters in exercise science.  He didn't write the final thesis but that didn't matter to him because it was about the knowledge and not the piece of paper.

He always had classical music playing and loved attending live symphony performances.  A piano player himself, he was able to play many of the pieces he liked to listen to.

Attending baseball games was always a family past time; he truly loved the game.

His all-time passion was running.  He ran races whenever he could and enjoyed the competitiveness and camaraderie of his fellow running friends.  He came in first or second in his age group almost every time he was in a race.  Running wasn’t just for races as he loved to run in the park.  Just last year he was running 6-8 miles regularly.

Along with running, Don enjoyed going to the YMCA. Not only to exercise but as a social outlet. He and Jalayne made many valuable friends there.  From his dental classmates to his neighbors, friends were made and cherished.  Don never knew a stranger. If he had a conversation with someone, he could tell you all about his new friend.  He genuinely was interested in each and every person he talked to. He was forever optimistic and supportive of everyone.  In everything he did or faced, he never gave up and remained strong in his faith. Don was a member of Seventh-day Adventist Church, Hutchinson.