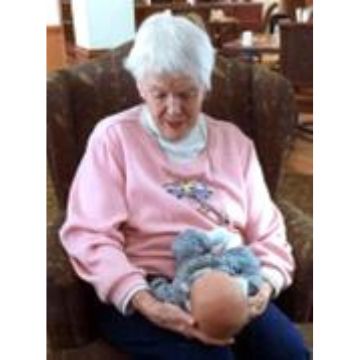 Doris was baptized at the First Christian Church of McPherson, when she was 8 years old.

Doris attended school in McPherson, graduating from McPherson High School in 1948. Then she went on to St. Elizabeth’s Hospital’s Nurses training in Hutchinson and became a Registered Nurse on June 19, 1951. Doris worked as a registered nurse for Dr. Weir Pierson and Dr. E.C. Brandsted. She enjoyed working for Dr. Brandsted, especially delighting in the obstetrics patients and their newborn babies. She remained working for Dr. Brandsted until they both retired from active practice.

Doris was married to Carl W. Swanson at the First Christian Church in McPherson, KS, on October 21, 1955. Together they celebrated 55 years of marriage before Carl passed away on March 17, 2011. She was the mother of a son Dale and a daughter Lori.

Doris and Carl were fun grandparents to Karin, Leslie and Adam. They were game to keep the grandkids so that their parents could get away now and then. They attended as many of Leslie’s sporting events as they were able.  They lovingly created and maintained “the pond” where the family could gather for fishing and for celebrations. The great-grandsons Jacob and Dylan grew up enjoying being at the pond – they could ride in the paddle boat, swing, or play in the sand pile. Many extended family celebrations were held there. Doris planted flowers that made the pond a very attractive place to gather and organized all the meals that took place at the pond.

When great-great-grandson Derek arrived in November 2019, the family was able to take 5-generation photos with Doris! She made sure she had M&M’s on hand for Derek’s visits to Brookdale as he got older.

Doris loved sewing, making quilts for her family in her retirement. They are cherished heirlooms, especially now.

After Carl died, Doris became very proactive for herself, selecting an apartment and moving to McPherson from the farm; deciding when it was time for her to cease driving and selling her car; selecting Brookdale as the assisted living facility where she would live…This was a huge blessing to her family. She was always a step ahead so that the decisions were hers, and not something they had to force upon her.

She very much enjoyed gathering monthly at Hank’s with local members of her high school graduating class until the Covid-19 pandemic brought that to a halt. She also belonged to a Birthday Club of special friends who met monthly. Doris delivered Meals on Wheels in McPherson for more than 15 years, with either Carl or Lori.

Doris was profoundly saddened by the sudden death of her daughter Lori on April 5, 2022, and her health went into a steady decline until her death on Thursday, July 21, 2022, at the age of 92.

She is survived by her son Dale Swanson and his wife Kris of McPherson, her three grandchildren Karin Krehbiel and her husband Jay of McPherson, Leslie Lyman and her husband Justin of Overland Park, and Adam Swanson who lives on the family farm; her two great-grandsons Jacob Krehbiel and his wife Katlynn of Salina and Dylan Krehbiel of McPherson; her great-great-grandson Derek Krehbiel; her sister Donna Dooley of Edmond, OK, and her nephew Dana Dooley of Texas; other relatives and many friends.

She was preceded in death by her parents, her husband Carl, her daughter Lori, her brother-in-law Joe Dooley; her nephews Tad Dooley and Joel Dooley.

We, her family, would like to thank Brookdale Assisted Living and Kindred Hospice for their tender care for Doris in the last days of her life. She was so appreciative of all of you.

A Celebration of Life Come and Go gathering has been postponed and will be announced once they have been rescheduled.

Memorial contributions may be given to Kindred Hospice, Brookdale Assisted Living or Meals on Wheels of McPherson, and may be sent in care of Glidden-Ediger Funeral Home, 222 W. Euclid, McPherson, KS 67460. 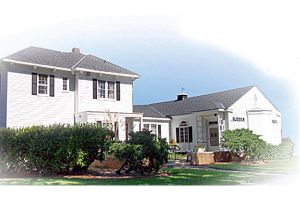 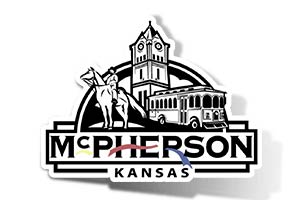