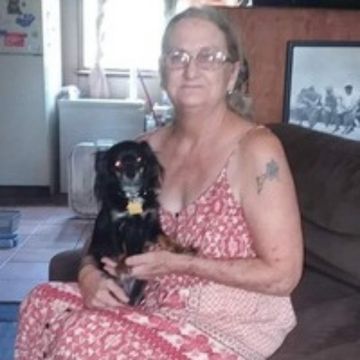 Debra attended High School in Sheridan, CO and was a homemaker.  On June 14, 1994, Debra married Donny Brosius in Hutchinson, KS.  Debra enjoyed gardening, yard sales and thrifting.  She loved spending time with her family and her dogs.  Every year, Debra would get together with The Blue Bird ladies, a small group of junior high friends.  They would spend time and visit with each other in cabins up in the mountains or in Air BnB’s that they would rent.

She was preceded in death by her parents.

Per Debra’s wishes, cremation has taken place.  A private family visitation will be held.  A Celebration of Life will be held at a later date. Memorial Contributions are suggested to Hutchinson Animal Shelter and can be sent in care of Hutchinson Funeral Chapel, 300 E. 30th Ave, Hutchinson, KS 67502.