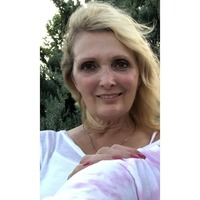 Deb was united in marriage to Scot Kelso on June 24, 2000 in Arkansas.

She was a member at Whitestone Mennonite Church in Hesston.

Deb worked as the assistant to the CEO of Halstead Hospital, later following the CEO to Wesley Hospital in Wichita, where she worked until her passing.

Deb was preceded in death by her father, Eugene Dale Graber.

Services are pending and will be announced later by Moundridge Funeral Home.

To send a flower arrangement or to plant trees in memory of Debra Ann Kelso, please click here to visit our Sympathy Store.