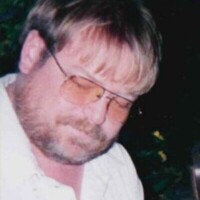 Dean attended Hutchinson High School and graduated from Hutchinson Community College.  He retired after five years of service as a case manager at Horizons Mental Health Center.  Dean could often be found outside fishing, barbequing and smoking meat, and tinkering.   His greatest joy was spending time with his grandchildren.  Dean was a member of Partridge Community Church.

On July 4, 1987, he married Janice (Stiggins) Landon, in Partridge.  They recently celebrated 35 years of marriage.

He was preceded in death by:  his parents; special aunt, Jeaneen Taplin; and his K-9 companions, Byron and Chewy.

Dean’s memorial service will be announced at a later date.  Friends and family may sign his book from 9:00 a.m. to 5:00 p.m. Wednesday through Saturday at Elliott Mortuary.

In lieu of flowers, memorials are suggested to Partridge Community Church, in care of Elliott Mortuary, 1219 N. Main, Hutchinson, KS  67501.