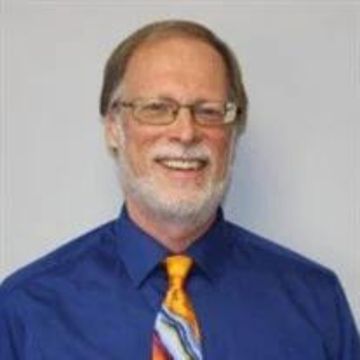 On September 4, 2022, David Allen Stevens, fondly known as “Pastor Dave”, of Sedgwick, Kansas was called to his heavenly home.

Born on December 6, 1957 in Camden, New Jersey, David has always had an adventurous soul and heart of a scholar. After earning his undergraduate degree at Rutgers University, David pursued his love of Jesus and service to the community through obtaining his Masters of Divinity at Eastern Baptist Seminary, before spending time studying Biblical Interpretation at Iliff School of Theology.

Pastor Dave continued his devotion to God through ministry in various churches in Colorado, New Jersey, Pennsylvania, and finally, Kansas. In his ministry, Pastor Dave strived to be a source of comfort, peace, and compassion for his congregation. His work was never done, waking up early to study the scripture, making late night phone calls or hospital visits to reassure those during their challenging days, or working diligently to find the best scripture verse to read at a wedding he officiated. Pastor Dave made certain that he was present with his congregation through their tragedies and their joys; a true shepherd. Pastor Dave’s service reached beyond his own church, having served as a mentor to Chaguanas Mennonite Church and as a teacher to aspiring pastors at the West Indies Theological College in Trinidad & Tobago.

David’s love of God and his congregation was echoed by the love for his family. David married the love of his life, Carole, on June 9, 1984. David and Carole would go on to have two children, Laura and Katie. David shared many adventures with his family, including canoeing trips down the Susquehanna river, visiting Andre the Seal in Maine, skating the frozen Rideau Canal, and reading every museum sign, much to his kid’s chagrin.

In recent years, David graduated to being “Opa” with the birth of his three cherished grandsons, Connor, Collin, and Caysen. David adored being their grandfather… racing the car as they drove down the driveway, saving snakes and frogs he found to show the boys, and taking them hiking, much like he did with his own girls.

David was greeted at heaven’s gates by his mother, Ruth, and father Norman, as well as his in-laws Warren and Ella, who he treasured as much as his own.

David’s memory and legacy will be carried on through his wife, Carole, daughters Laura (Daniel), Katie (Josh), grandsons Connor, Collin, and Caysen, cousins Lynne, Judy, and Gale, and sisters-in-laws Janice (Jerry) and Linda, along with various nieces and nephews (and great niece and nephews), and the many people he touched through his spiritual leadership and friendship.

In lieu of flowers, memorial gifts can be contributed to Hope Mennonite Church, Family Promise of Greater Wichita, or Working Men of Christ Ministry.

Sitting on David’s home desk the morning of his passing was a verse he was studying in Hebrew. It reads in part, “I said, ‘Oh, that I had the wings of a dove! I would fly away and be at rest’…As for me, I call to God, and the Lord saves me.”

Services will be held on Saturday, September 10, 2022 at 2:30 p.m. at Hope Mennonite Church, 868 N Maize Rd, Wichita, Kansas. To join the service virtually, visit www.hopemennonite.org for the zoom link.

To send flowers or a memorial gift to the family of David Allen Stevens please visit our Sympathy Store. 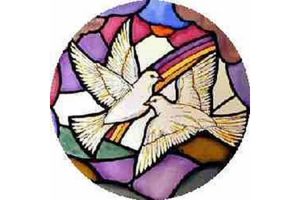