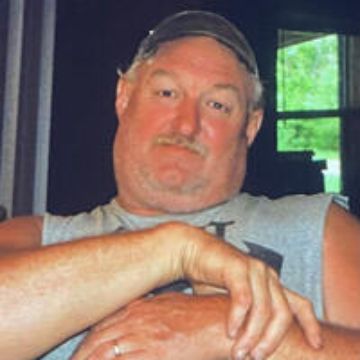 He graduated from Moundridge High School with the class of 1983.

Brogts worked as a Lead Man at Moridge Manufacturing for 33 years.

Brogts was a loving father, husband, grandfather, brother and friend.  He enjoyed spending time with his family and friends every chance he could get.  Brogts loved the outdoors, spending his summers at his second home, Pete’s Puddle, where he enjoyed fishing, playing washers, riding four-wheelers, and hanging with his family and friends.  He was a very social person and never met a stranger.  Everyone he met he welcomed with open arms, making a lasting impression.  Brogts had a kind soul and a big heart.  He will forever be missed by so many.

He was united in marriage to Pamela Foth.  They later divorced. Brogts later married Joann Calderon on November 15, 2005 in Hutchinson.  She survives of the home.

To send a flower arrangement or to plant trees in memory of Brian "Brogts" Vogts, please click here to visit our Sympathy Store.