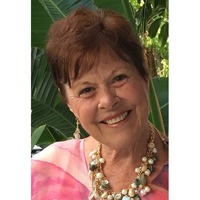 Bonnie Lou Neville, 82, passed away at her home in Chandler, AZ, on July 15, 2022, after a brief illness, surrounded by her loving family. She was born January 19, 1940, in Grand Junction, CO, the first of two children born to Dorothy Pauline (Williams) and James Thomas Coons.  Bonnie was the last surviving member of this family.

Bonnie was the rock, beacon, and compass for her family.  She organized and hosted every family gathering, including most Christmases for over 60 years.  While her family mourns the passing of their matriarch, her many friends and hundreds of former students mourn the loss of a beautiful and vivacious woman who was always willing to lend a listening ear, offer advice, consolation, or a pep talk; serving as a trusted friend, mentor, confidant, and motherly figure over the decades to most that she knew.

Bonnie and her little brother Tommy were raised in Goodland, KS in the 1940’s and 1950’s in a community that personified a thriving, safe, small American rural town.  Her childhood was filled with happy times, a loving home, and constant family gatherings which included some of the older generations of the Coons and Williams families; some of whom were original Kansas pioneers.  Bonnie listened and learned oral stories and songs from her family and surely entertained the grownups with her precocious song and dance.  She took her first dance lesson at the age of 5, launching her into a talent and vocation she pursued over the next 70 years.  Bonnie graduated from Sherman County Community High School in 1958.  She was popular with her friends, twirled the baton for the marching band, sang and danced in many community and school productions, lettered in Vocal Music, and her dance card was full at every sock hop.  She attended Kansas State University for a year and half of college, where she was a member of Alpha Delta Pi, served as an attendant in the Homecoming Court, was Queen of the Blackfoot-Whitefoot Ball, and performed in several college productions.  Bonnie maintained her many close high school and college friendships until her dying days.

In 1959, Bonnie participated in and won the Miss Northwest Kansas beauty pageant. She went on that same year to compete in the Miss Kansas pageant, where she performed a song and dance of “June is Bustin’ Out All Over” for her talent with a dress and parasol made by her mother.  After Bonnie’s time in college, she lived and worked with a friend in Denver, and learned how to ski on the weekends.

On July 23, 1961, she married the love of her life, Lyle Neville, in Goodland, KS. They were married for 59 years before Lyle passed away in 2020.  Bonnie and Lyle started their married life and family together in Colby, KS, where Bonnie’s first job was working at the school district offices as secretary to the superintendent.  In 1965, she started her college teaching career with dance instruction at Colby Community College.  While at Colby CC, Bonnie, who was only a few years older than her students, began taking small groups of them for weekend ski trips to Colorado, and this activity was soon converted into a formal Ski Club.   In their home in Colby, Bonnie began instructing young girls in afternoon dance classes.  This was always a second career she had, as a dance teacher and entrepreneur to contribute to the financial needs of her growing family.  Bonnie’s in-home dance lessons would continue for another 50 years, and her income from that provided the clothing, shoes, gifts, vacations, extra spending money and college educations for her four children.

In 1971, Bonnie and Lyle moved their young family to Hutchinson, KS, where Bonnie continued her teaching career at Hutchinson Community College, in the Physical Education Department.   In addition to instructing her college course dance classes in tap, modern, folk, ballroom, aerobics, swing, country, and even disco; she was also hired as the Choreographer Instructor, and eventual Director of HCC’s Dragon Dolls, a performance drill dance team.  “Under the direction of Bonnie Neville…”, as the public address announcer stated hundreds of times, this ever-revolving group of young college aged women provided the halftime entertainment for the Blue Dragons’ home football and basketball games and the annual NJCAA Men’s Basketball Tournament.  For over 40 years, Bonnie maintained an office in the Sports Arena.  Juggling her practice times in the lower practice court and the Arena’s main court with sports teams and bands, she befriended athletic and band directors, coaches, athletes and players, janitors and concessioners, and the walking public over all those years.  The Dragon Dolls were more than just a dance team; Bonnie mentored and counseled these young women, many of them away from home for the first time, with no other female role model at college other than Bonnie.  Every year they worked various jobs at the Kansas State Fair including as “Trolly Dolly’s” and selling t-shirt and music concessions and seat backs in the Grandstand for all the great musical acts over the decades.  With this earned extra money, the team was able to charter a bus and make an annual trip to provide a halftime performance at the United States Air Force Academy.  Bonnie concocted, organized, and executed all of this; and in doing so, gave many young Kansas girls the first opportunity for an interstate trip and performance and each year the trip culminated with many of them on the first and only ski trip of their lives.

Bonnie’s School of Dance was held for four decades in the basement of the Neville home on Pawnee Drive.  This was Bonnie’s labor of love, working with girls as young as 3 years old and as old as 18 in a class setting for their first extracurricular activity and lessons.  This experience culminated each year in the annual Dance Recital, which packed the Hutchinson High School Auditorium with a dance performance by the students and put on by helpful parents and Bonnie’s family members.  Bonnie would work with any young person interested in dance, regardless of their challenges or talent.  Her only requirement was that they were potty trained when they started.  Several of Bonnie’s young students went on to have children of their own who were then also taught dance by Bonnie.

Bonnie was an engaged member of her community in Hutchinson; she participated in P.E.O., and choregraphed and danced in the Hutchinson Follies and other shows to raise money for several philanthropic organizations and helped produce and performed in the show to celebrate the Centennial of Hutchinson in 1972.

In the spring of 2014, Bonnie retired from her employment with the college and the Dragon Dolls after 44 years, ending her college dance instruction career as one of the longest tenured instructors at HCC.

In the fall of 2014, Bonnie and Lyle said a hard goodbye to their neighbors and friends of so many years, and relocated to Chandler, AZ to be close to several of their children and grandchildren; and so, enjoyed their final years in their new home; continuing to host family gatherings and visits by relatives and friends.  Bonnie was the tireless family cook for her entire life.  Between the home dance lessons, she would tend the stove or oven to provide the prepared nightly meal for the family.  She would provide a large spread for family gatherings, and even when it was just her and Lyle at the end, she could not help cooking well balanced, complete meals portioned for four to six people.

Bonnie was a creative, artistic, and industrious soul.  She pursued artistic creation and joyful expression in several mediums including painting, creative crafts, stained glass, beaded jewelry and home and holiday decorating.  She enjoyed and appreciated the arts, dance, music, movies, and Broadway theater.   She appreciated native American culture, art, and jewelry. She enjoyed flower gardening her entire life, maintained a lily and fishpond with her husband, and always fed the birds and squirrels.  As the intense demands of raising her family subsided, she developed interests in wine and traveling.  In addition to multiple trips to exotic and tropical destinations, her and Lyle spent up to 2 weeks each year at their timeshare on the beach on Sanibel Island, FL, where she could be found wandering up and down area beaches in search of beautiful, interesting, and rare shells, and stopping for joyful conversations with strangers.  Bonnie had a love of nature and outdoor activity, she loved ski trips, mushroom hunting in the mountains and visiting any ocean beach she could get to.  Bonnie and Lyle spent much of their later years vacationing, attending or watching Kansas State Football games, and enjoying time with family, relatives, and especially her loving brother Tom.

Bonnie maintained true and meaningful lifelong relationships with so many people; childhood, high school and college classmates, neighbors and friends from Goodland, Colby, Hutchinson and Chandler, the friends of each of her own children, her young dance students, and her young Dragon Doll ladies.  Through her entire life she had deep and caring relationships with her aunts and uncles, cousins, nieces and nephews, and sisters and brothers-in-law.  She was in contact with so many friends and relatives that her sudden loss has left a hole in many peoples’ lives.

Bonnie’s greatest of all accomplishments was her family, whom she and Lyle nurtured, provided for, educated, and supported in every way.  Her greatest joy in life was her role of grandmother, and through pure love, care, and attention she cultivated a unique, intense, and personal relationship with each of her grandchildren who knew her as either ‘Grandma’ or ‘Mimi’.  Her greatest sense of duty in life was as a mother.  Herself wonderfully loved and mentored by her own mother and grandmothers, Bonnie nurtured and loved her four children unconditionally.  She provided the example of herself in how to live, work and enjoy life and to treat and communicate with those around you with interest, respect, inclusion, and love.  She was immensely proud of each of her children, their interests, accomplishments, and character.  And for each, she was their most fierce defender when they needed it most.  Bonnie is missed and loved by all who had a chance to know her.

She was preceded in death by: her parents Jim and Dorothy; husband Lyle; and brother, Tom.