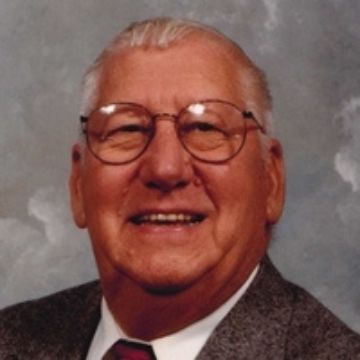 Bill graduated from Ash Flat, AR, High School in 1952. He served in the United States Air Force from 1954-1966, the United States Naval Reserve, and the Kansas Army National Guard from 1981-1994. Bill graduated from Sunset International Bible Institute in Lubbock, TX, in 1968,and served as a minister in the Church of Christ for many years. He worked for Kansas Power and Light from 1971 until retirement in 1999. He then served as a chaplain for Kansas Prison Ministries and was selected Kansas Volunteer of the Year. Bill was a member of IBEW, American Legion Lysle Rishel Post #68, and National Rifle Association.

On January 30, 1956, he married Katherine Marie Severin at Walker Air Force Base, Roswell, NM. They shared 62 years of marriage before her death on November 18, 2018.

Funeral service will be 10 a.m. Friday, June 10, 2022, at Eastwood Church of Christ, 2500 N. Plum Street, Hutchinson. Burial will follow in Fairlawn Burial Park, with military honors conducted by the Kansas Army National Guard. Visitation will be from 9 a.m. - 8 p.m., with family present from 6-8 p.m. Thursday at Elliott Mortuary.

Memorials may be made to American Legion Lysle Rishel Post #68 or Angels Care Hospice, in care of Elliott Mortuary, 1219 N. Main, Hutchinson, KS 67501.