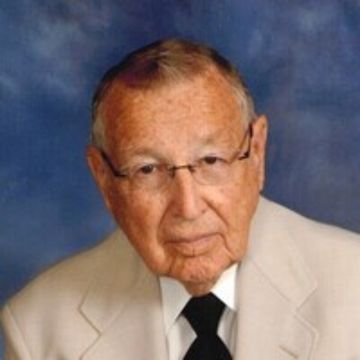 Ben graduated from Mountain Lake Public School in 1946. He went on to get his T.H.B. from Grace Bible Institute in 1948, his B.A. and Teaching Certificate from Bethel College in Newton in 1956, and received his Master’s Degree from Oklahoma State University.

Ben served several churches in the Mennonite General Conference and was a school teacher and administrator for several years in Oklahoma and Kansas.

A celebration of his life will take place at 10 a.m. Thursday, August 11, 2022, at Elliott Chapel. Burial will follow in North Inman Cemetery. Visitation will be 9 a.m. to 8 p.m., with family present to receive friends from 6-8 p.m. Wednesday at Elliott Mortuary.

The service will be livestreamed and can be viewed by clicking the link below beginning at 9:45 a.m. the day of the service.

In lieu of flowers, memorials may be made to Union Rescue Mission of Wichita, in care of Elliott Mortuary, 1219 N. Main, Hutchinson, KS 67501.

Ben inspired many during his time here on earth. He wanted everyone to know his life was rich. Ben was a friend to many and spent hours studying and growing in his faith. As a dedicated man of God, he will be missed.