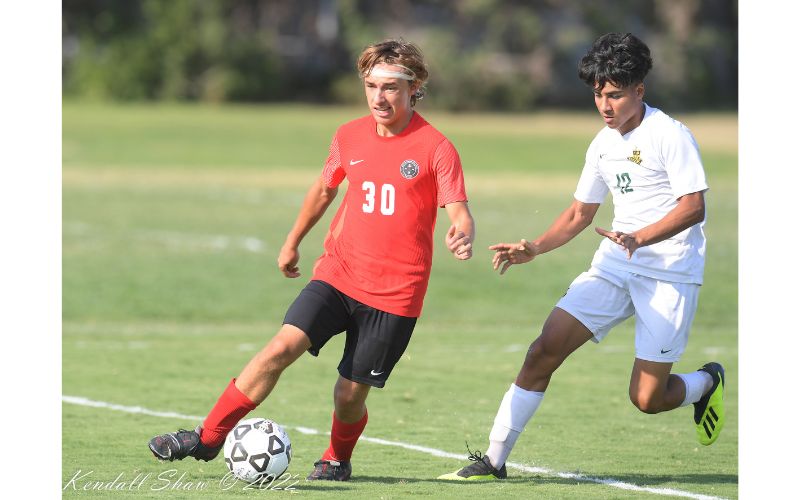 The Pups would have four shots on goal, but they were unable to find the back of the net. Defensively, Josh Wehrman made 6 saves in goal.

Despite the shutout, Adrian said, “The unity displayed by the team was probably the biggest positive I took from tonight. The fact that they are playing hard, and supporting each other even though it feels like everything that can go wrong is going wrong at the moment, is a testament to the bond these boys are forming.”

Adrian concluded by saying, “The issue still remains that we are struggling to create enough chances to score and it’s hard to wrap my head around why because the team has the talent. It’s something I need to find a solution for quickly.”

Following the loss, the Pups moved to 2-7 overall, and they will be back on the road to take on the Mulvane Wildcats, on Tuesday. The JV match is scheduled for 5 p.m. The Varsity will play at 6:30 p.m.

The JV match would end in a 0-0 tie on Thursday.