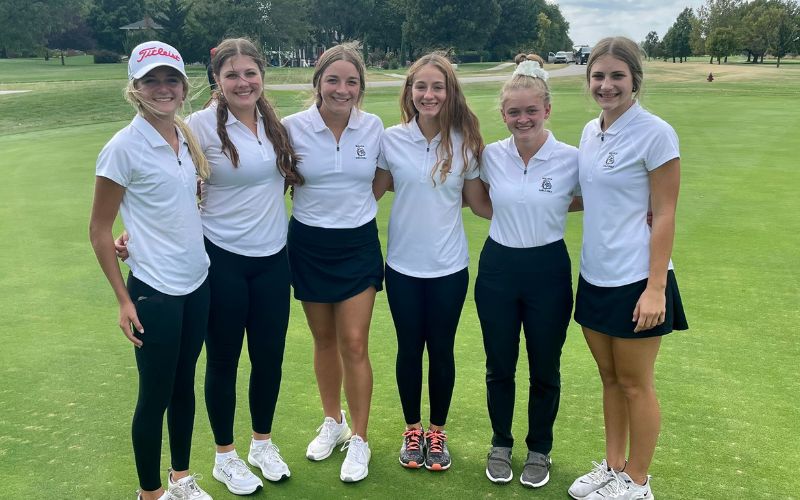 HESSTON, Kan. – The McPherson High Girls Golfers finished 8th out of 15 teams Friday, finishing under 400 as a team, shooting 390, as they competed at Hesston Golf Course for the Buhler Invitational on Friday.

“This was a big day for our team,” said Head Coach Treg, Fawl. His team was led by freshman, Brodie Kuhn who tied for 4th shooting a score of 81. “She is really starting to become a great player for us” noted Fawl, who added, “This tournament was the biggest one we have played in thus far and had the toughest competition.”

The Pups were able to defeat every team from AVCTL Div. III other than Winfield, and 4 out of the 6 Bullpups would finish in the top 50; Andi Buschbom finished in a tie for 33rd, Reese Elliott tied for 40th, and Macy Rinker was tied for 50th. Jordan Vanderhoof was just one-shot back from Rinker, and Amber Smith finished 59th.