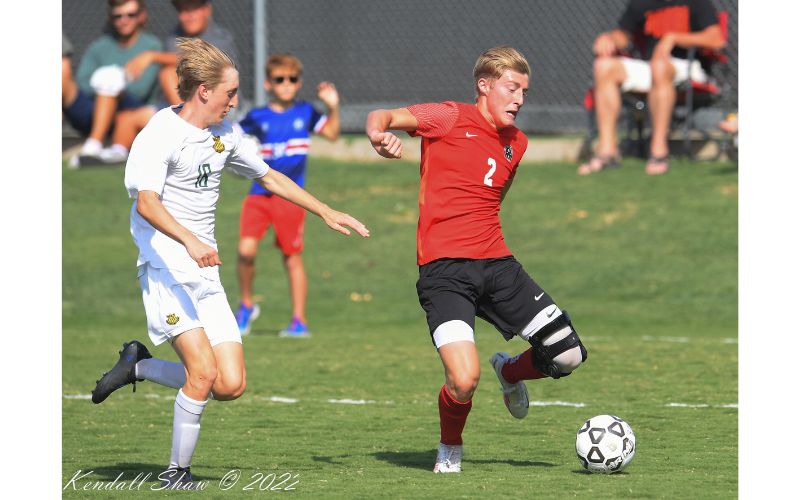 DERBY, Kan. – The MHS Bullpup Boys Soccer team returned to action on Thursday, taking on the Derby Panthers, who came in with just one loss, and is one of the best teams in the state.

Head Coach Chris Adrian began by saying, “I want to start by saying how proud I am of the way both the varsity and junior varsity team competed tonight. Derby is one of the top teams in the state and these Pups didn’t back down.”

Trenton Moll would get his first career start in goal Thursday, due to Josh Wehrman out with an illness, and the junior stepped up, making save after save, ending the night with seven.  “The entire team played without fear and it was great to see.” said Adrian.

The Pups would trail 2-0, at the half, and would have a shot tipped off the crossbar in the second half. Coach Adrian added, “The boys were unlucky not to score in the second half but the Derby goalkeeper made a remarkable save to tip the ball on to the crossbar.” The Panthers would add two more goals, defeating the Pups 4-0. In the JV game, the Pups would play hard, but fell 4-1.

The Pups will return to action on Tuesday, as they’ll travel to Buhler to take on the Crusaders, to renew the rivalry for the 2022 season. The JV match is slated for 5 p.m. The varsity will follow at 6:30 p.m.