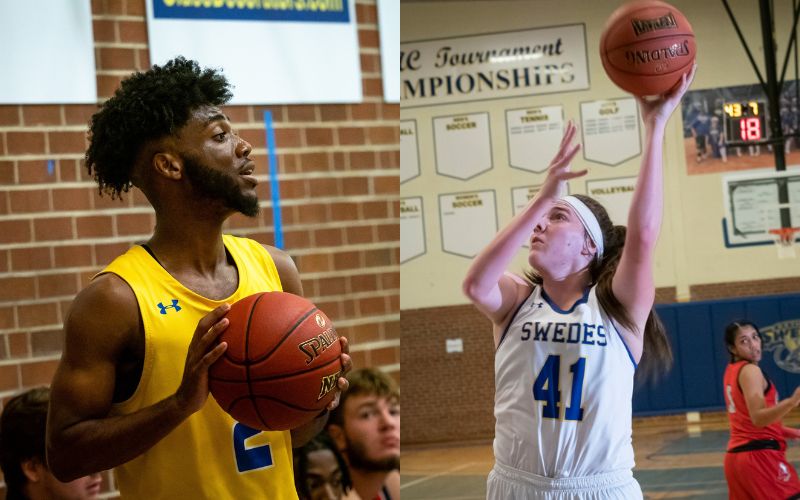 LINDSBORG, Kan. – The Bethany Women secured their second conference win of the season Saturday night against the Eagles.

Going into halftime the Swedes had a 59-17 lead. The Swedes scored an additional 30 points in the second half giving them a final score of 89 to the Eagles 39.

The Men’s Basketball team hosted the Avila Eagles for a conference matchup. The Swedes offense kicked in, and the team effort led to a 90-48 win.

The Swedes only picked up speed from there and started off the second half with a steal by Dylan Smith who assisted Solomon Clayton in the slam dunk that followed. The Swedes got in a rhythm and were able to stack up the points. Three pointers from Azeem Ross, Josh Smith, and Taylon Chambers helped cushion the lead that the Swedes had.

The Swedes forced 22 turnovers, leading to 25 points. Bethany totaled 40 rebounds and the bench contributed 25 points to the score. Solomon Clayton, senior guard, led the Swedes by scoring 25 points, stemming from eight jump shots and making 9 of 11 free throws. Dylan Smith, senior guard, followed by scoring 20 points off of six jump shots, one of them being a three pointer, and making all 7 attempted free throws.

The Swedes will be back on the court Tuesday, November 22nd at Oklahoma Wesleyan University. Tip off is set for 6 and 8PM.