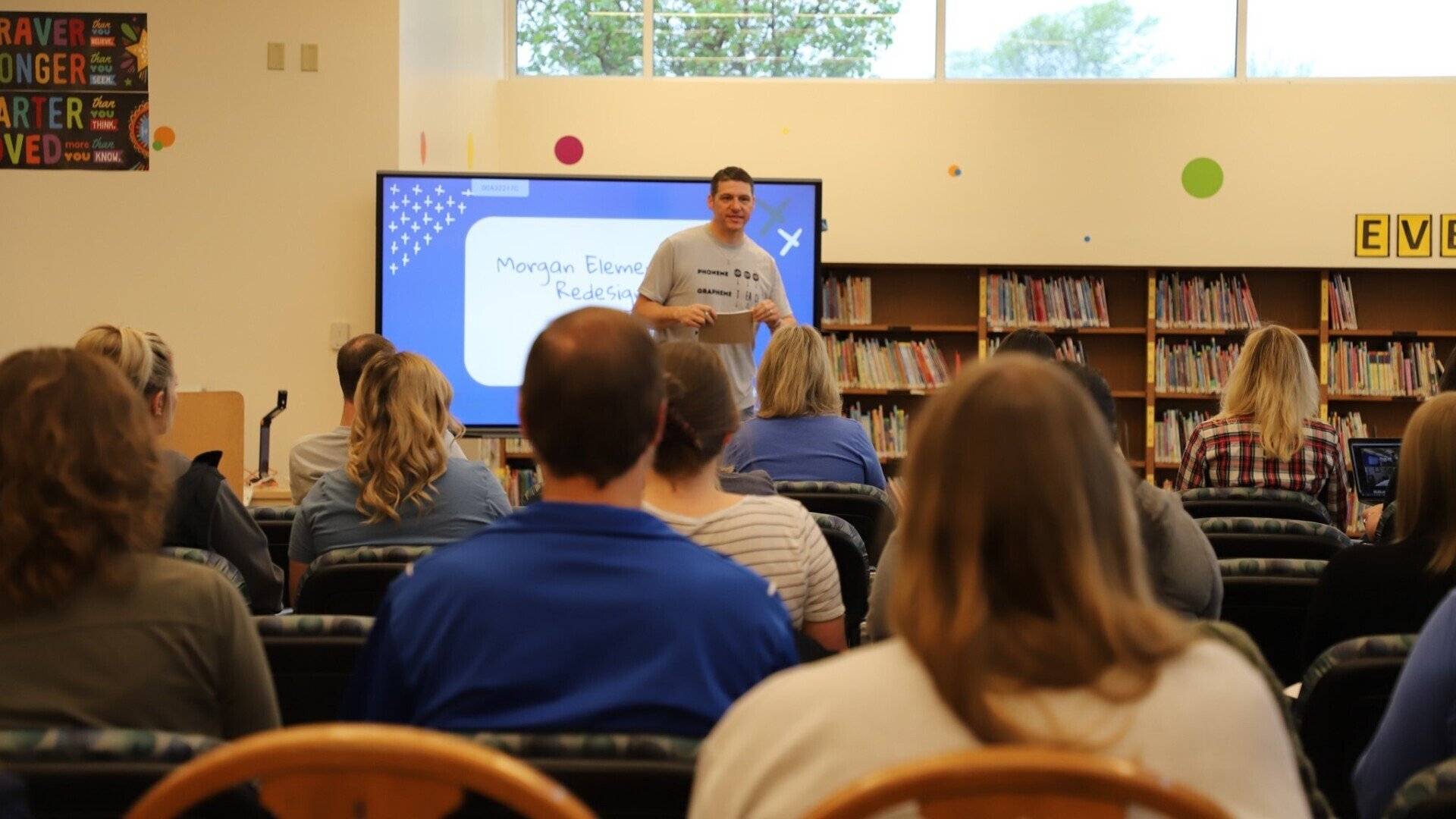 Hutchinson Middle School – 8, Morgan Elementary School, and Graber Elementary School all launched their Redesign projects this week. Each school hosted a special launch presentation for staff and members of the Kansas State Department of Education to showcase the progress they have made throughout the Redesign process.


The Kansans Can School Redesign Project is an initiative through KSDE that focuses on student empowerment and engagement based on individualized learning. USD 308 began the Redesign process two years ago, and several schools have already officially launched their projects.

“Redesign is a great opportunity to empower our teachers to be leaders in their schools. Our redesign teams have worked to gather input from all stakeholders, analyze data, prototype and make adjustments as needed and all of this work is centered around students’ achievement. Great things are happening in Hutchinson Public Schools. I am proud of the work our adults are doing day in and day out,” said Krystal Young, director of Special Programs and Redesign for USD 308.


The first school to launch this week was Hutchinson Middle School – 8, who has hosted several special events like their Student Summit and Bite of Reality with Heartland Credit Union, to involve students in the Redesign Process.


“This launch presentation is a culmination of over a year’s worth of work that we’ve done at HMS-8. It has been a whirlwind of activities – we’ve surveyed students, teachers, and community members – and we have assessed that data and built goals, and this is where it all comes together. Launch is just the beginning, that’s the nature of Redesign,” said principal of HMS-8, Michael Self.


The schools that launched Redesign this week have spent the last year researching,​ implementing prototypes and analyzing data as part of Redesign, which will be a continued process through the vison that KSDE has for schools in the state.