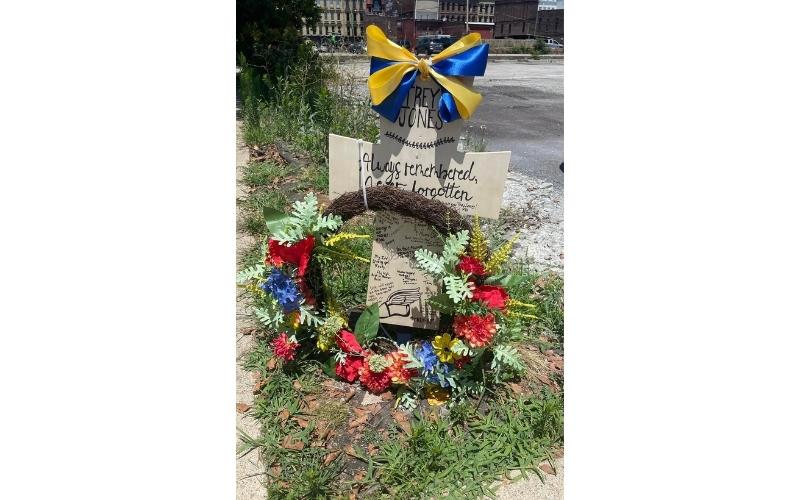 LOUISVILLE, Ky. – On Sunday, family members of Trey Jones, including his father Bill, and sons Hunter and Creek, posted a memorial at the site of an accident that claimed his life earlier this week.

Trey and his family were walking on a Sidewalk in downtown Louisville on Tuesday evening when they were hit and injured by an impaired driver.

His wife Amy and daughter Ava remain hospitalized at the University of Louisville Hospital. An update posted Saturday on the Jones Family Updates Facebook page read, “both are in medically induced comas as they heal from their injuries. They are both continually making small improvements, moving, and responding to commands from the nurses.”

Creek was also involved in the accident. He sustained only minor injuries and was treated and released from the hospital.

A GoFundMe established to support the Joneses has, to this point, raised nearly $86,000. Locally, donations are also being accepted at any People’s Bank & Trust location in Hutchinson and Nickerson.

Among other fundraisers being planned is a sand volleyball tournament hosted by the Buhler High School volleyball team. The tournament will take place July 30-31 from 8 a.m. to 12 p.m. in Carey Park.

“The Buhler High School Volleyball Family was devastated to hear this news because it hits so close to home and we all have some sort of connection to this family,” senior Emily Scherbarth said. “After talking through ways we could help them, we came up with a sand volleyball tournament.”

Anyone 14 and older can sign up to play here. The cost is $20 for each two-person team and $5 for spectators. 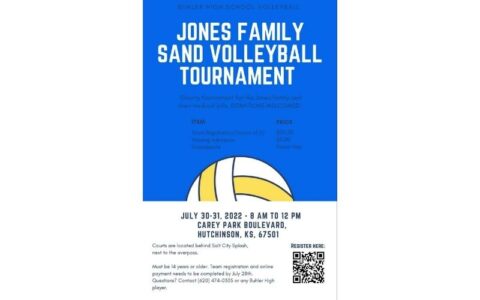 A flood of support for the Joneses has spread across the Reno County community and social media. A vigil planned for Sunday evening is expected to be well attended. Those planning to participate should bring their own candles and meet at the Nickerson High School track at 8:45 p.m.

Listen to Ad Astra Radio and check back to https://www.adastraradio.com/ for continued updates.

Two Fatalities, One other Injured in Saturday Accident Southeast of Moundridge