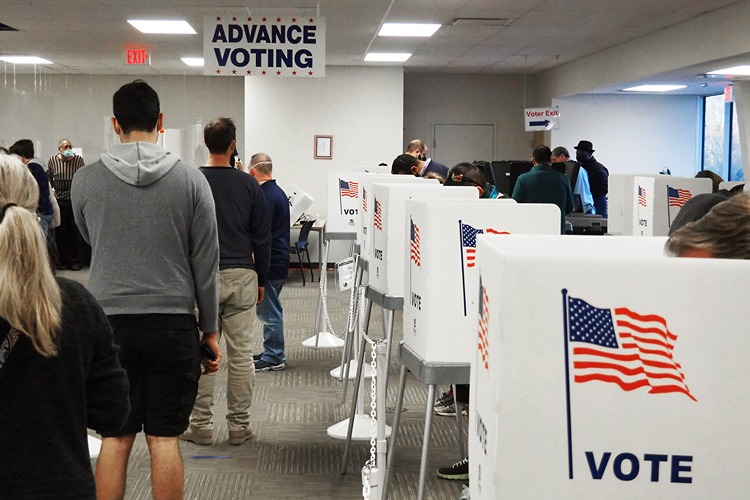 Mid-Kansas area elections Tuesday saw one incumbent Kansas State Board of Education member turned out of office, two incumbent state legislators re-nominated, and a sales tax extension in McPherson pass. One County Commission race in Reno County and one statewide race are close enough that provisional and late mail ballots will affect the outcome.

Two of three Republican incumbents on the Kansas State Board of Education were defeated in Tuesday’s primary. Unofficial results from the Kansas Secretary of State showed Dennis Hershberger of Hutchinson ousted incumbent Ben Jones of Sterling in the 7th District, taking 59 percent of the vote. That district saw major boundary changes due to redistricting which made it more conservative. All three challengers based their campaigns on incumbents often voting with more liberal members of the state board.

The one incumbent who won was current KSBE chair Jim Porter of Fredonia, who took 61 percent of the vote in the 9th district over McPherson businessman Luke Aichele. McPherson and Marion counties were moved from the 7th to the 9th district, which takes in much of southeast Kansas, in redistricting. Aichele carried the two westernmost counties of the new district, but Porter, a retired school superintendent, ran strong elsewhere.

The other incumbent KSBE member to go down to defeat Tuesday was Jean Clifford of Garden City, who lost to Cathy Hopkins of Hays in the western Kansas 5th District.

As of late Tuesday Night who will win the Republican Nomination for Reno County Commissioner First District was very much up in the air. The final unofficial results from the Reno County Clerk’s Office have Randall “Randy” Parks six votes ahead of Cris Corey out of nearly three thousand ballots counted in the district that takes in northwest Hutchinson, Nickerson, The Highlands and Willowbrook.

The outcome of this race will not be determined until provisional and late mail ballots are counted during next week’s canvass by the County Commission. No Democrat filed in the race to succeed retiring Commissioner Ron Sellers.

In the newly created 5th Commission District taking in southeast Reno County and portions of east and southeast Hutchinson, Don Bogner of rural Haven took 49 percent of the vote to win a four-way Republican primary. There was no Democrat filing in this district either. Mike Warren of rural Hutchinson took second with 32 percent. Bogner and Warren ran close most of the evening until Haven area results pushed Bogner over the top. Tom Collins of Rural Hutchinson received 12 percent of the vote, with seven percent going to Penelope Poitras of Haven.

Rice County Commissioner Derek McCloud was re-nominated in the Republican primary in their First District, which includes the northwest part of the county and a portion of the city of Lyons. McCloud received 63 percent of the vote to 37 percent for Rocky Summers of Bushton. One interesting note about the Rice County vote in the unofficial results from County Clerk Aurelia Garcia was that just over 3/4ths of Rice County voters cast ballots in advance in this election.

In Harvey County, Becky Reimer won a three-way race for the Republican nomination for 1st District County Commission, taking nearly 55 percent of the vote over Tim Marlar and Dan Harms. No democrat filed in the race to succeed retiring Commissioner George “Chip” Westfall.

Voters in McPherson Tuesday approved the renewal of a half percent sales tax for another ten years. The tax, one of two city sales taxes levied in McPherson, was extended by a 56-44 percent margin. Most of the proceeds from the extended tax will go towards street maintenance, with other funds earmarked for parks, law enforcement and museum support.

When McPherson County finally reported its results early this morning, those numbers gave State Representative Steven Johnson of Assaria a 765 vote lead on State Senator Caryn Tyson of Parker for the Republican Nomination for State Treasurer. Tyson had held a lead for most of the evening but Johnson made up for that will a strong showing as returns came in from central Kansas with McPherson, Sedgwick and Sumner Counties pushing Johnson ahead.

The two incumbent members of the Kansas House of Representatives who faced re-election primary challenges Tuesday came out victorious.

State Rep. Joe Seiwert of Pretty Prairie easily defeated Jamey Lee Blubaugh of Goddard in the Republican Primary, taking 70 percent of the vote in the 101st district that includes southeast Reno County and part of western Sedgwick County. Seiwert will be unopposed in the November General Election.

Rep. Brett Fairchild of St. John won re-nomination in a heavily altered 113th House District Tuesday, getting 68 percent of the vote over Bob Rein of Larned. That district now takes in all of Rice, Rush and Stafford counties and portions of Barton and Pawnee counties. Fairchild will face Democrat Joan Roth of Ellinwood in the November general election.

In this and all elections Tuesday, Results are unofficial until vote canvasses take place. For County offices and local questions, results will be finalized next week, while for state offices that will happen following the state canvass of votes later this month.