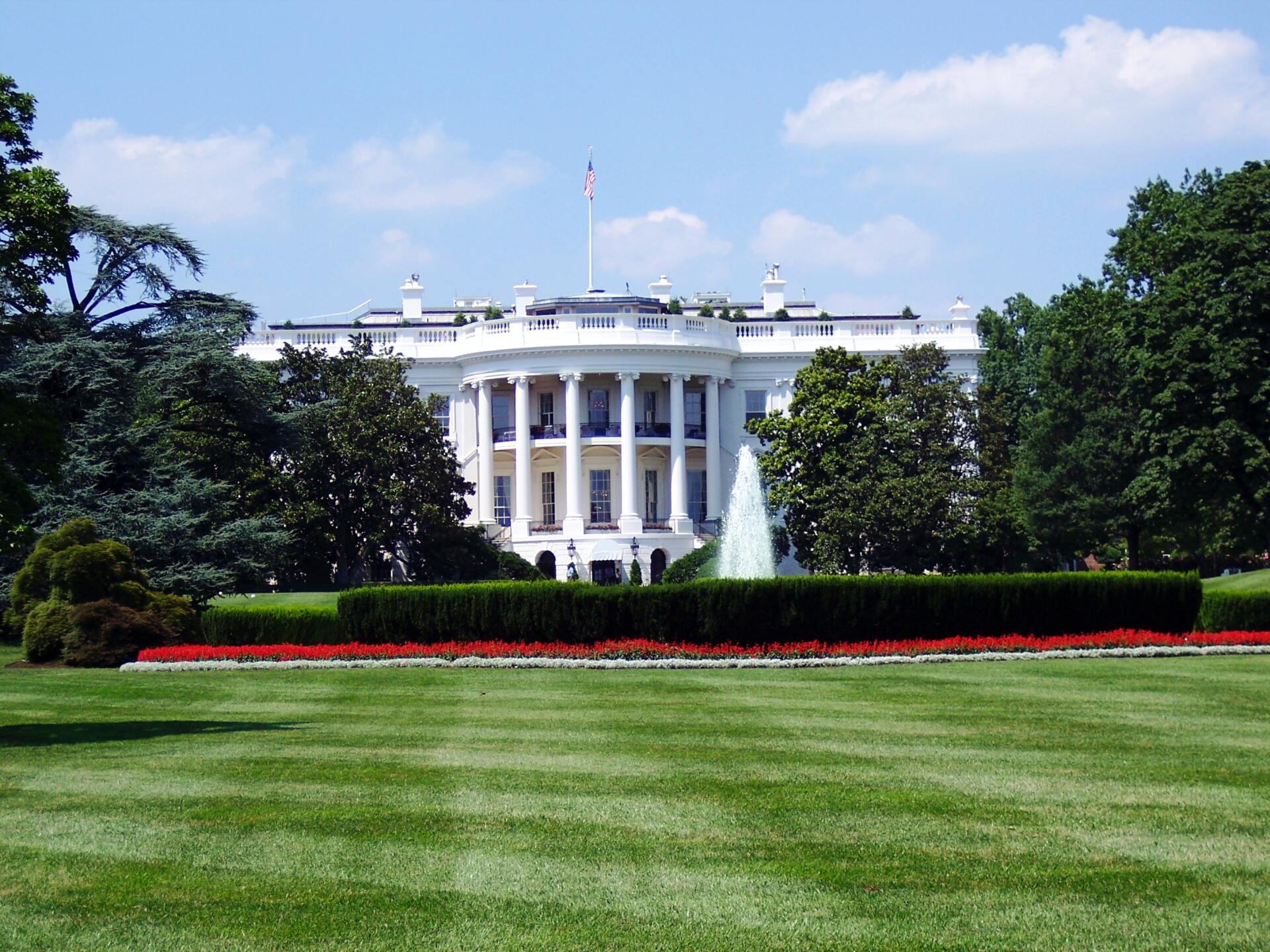 President Joe Biden delivers remarks on the war in Ukraine on March 26, 2022, at the Royal Castel in Warsaw. (Official White House photo by Cameron Smith)
By Jennifer Shutt,

WASHINGTON
— The U.S. House voted overwhelmingly Thursday to use the framework of a World War II-era program to allow the federal government to lend and lease military equipment to Ukraine as it resists Russian troops.

The legislation, called the Ukraine Democracy Defense Lend-Lease Act, would remove red tape and require the White House to create an expedited process for lending or leasing military equipment to Ukraine’s government.

with all the no votes from Republicans, now goes to President Joe Biden for his expected signature.

“Eighty years ago, the U.S created the Lend-Lease program to provide military and humanitarian aid to Great Britain and our allies in Europe as they stood on the front lines to oppose the Axis powers that threatened democracies around the world, including our own,” Pennsylvania Democratic Rep. Mary Gay Scanlon said.

“Today the Ukrainian people are standing on the front lines in the fight for democracy and against tyranny, and the U.S. needs to provide them with every possible measure of humanitarian and military aid.”
Indiana Republican Rep. Victoria Spartz — who was born in 1978 in what was then the Soviet Union, but is now Ukraine — spoke in support of the bill, saying that “streamlining the process” for lending or leasing weapons and equipment to Ukraine was crucial.

Spartz said she’s been to Ukraine twice recently and witnessed the “brutality of this war” and the “atrocities that happened to the civilian population.”
“It’s very difficult to express with words, very disturbing. But the strength and resilience of the Ukrainian people and optimism is very inspiring for me as an American,” Spartz said.

House Majority Leader Steny Hoyer, a Maryland Democrat, said the only acceptable outcome of the war in Ukraine is “strategic defeat” for Russian President Vladimir Putin and “global criminality.”
“Anything less would send a dangerous signal to other dictators around the world that wars of aggression could yield net gains. That must not happen,” Hoyer said. “America and our allies must ensure that the only thing Putin gains from the invasion of Ukraine is a hard lesson learned through bitter defeat and loss.”
Michigan GOP Rep. Tim Walberg recalled his recent trip to Ukraine over Easter while urging his colleagues to vote for the bill.

“Stand with Ukraine. They’ve stood with us,” he said.


Voting no
The 10 Republicans who

The legislation will allow the Biden administration to lend or lease military equipment to Ukraine or other Eastern European governments “to help bolster those countries’ defense capabilities and protect their civilian populations” from Russia.

Biden currently has authority under the Arms Export Control Act to lend or lease military equipment to other countries as long as it’s in the U.S. national security interest. But several Republican and Democratic lawmakers introduced legislation earlier this year to remove some of the bureaucratic hurdles and speed up the process.
The legislation will waive some of the current Lend-Lease requirements, including that loans must be capped at five years and that the government agreeing to the lease pay the United States for all costs associated with the lease.
The legislation also requires the Biden administration to create expedited procedures for timely delivering military equipment under the Lend-Lease program within 60 days of the bill becoming law.

The U.S. Senate passed the

on a voice vote in early April.

New Hampshire Democratic Sen. Jeanne Shaheen, a primary co-sponsor, said at the time “delivering military aid as quickly as possible is pivotal for Ukraine’s ability to defend itself against Putin’s unprovoked attacks.”
“As the world bears witness to the most serious security threat to Europe and our global stability since World War II, this legislation to speed up the process of moving military equipment to the frontlines couldn’t be more urgent,” Shaheen said.


Lend-Lease and FDR
The U.S Congress originally approved the Lend-Lease Act (H.R. 1776) in 1941, giving the president the authority to sell, lend, or lease military equipment to any nation deemed vital to national security.

“We cannot, and we will not, tell them that they must surrender, merely because of present inability to pay for the weapons which we know they must have,” he said.
After the bill became law, Roosevelt established the Office of Lend-Lease Administration and ordered the first shipment of food and equipment to go to the United Kingdom,

Within two years, Roosevelt added Australia, China, New Zealand and the Soviet Union to the list of eligible Lend-Lease nations as well as numerous others, including the Netherlands, Norway and Poland, whose governments were in exile at the time.

The list of supplies sent during World War II’s Lend-Lease program was broad. It included items directly needed by other militaries, such as airplanes, tanks, small arms and ships, as well as clothing and food.
During his floor speech Thursday, Hoyer noted that Roosevelt said the Lend-Lease program helped establish America as an “arsenal for democracy.”
“Today, the battle for democracy is taking place in another European nation — Ukraine,” Hoyer said. “The Ukrainian people are the ones engaged in combat directly. They are the point of the spear.”
The U.S. House vote to approve the bipartisan Lend-Lease measure on Thursday came just hours after Biden

Congress to approve $33 billion in additional economic, humanitarian and military assistance to Ukraine.

﻿
Hoyer said he plans to bring that bill to the floor as soon as Democrats and Republicans agree on the package.