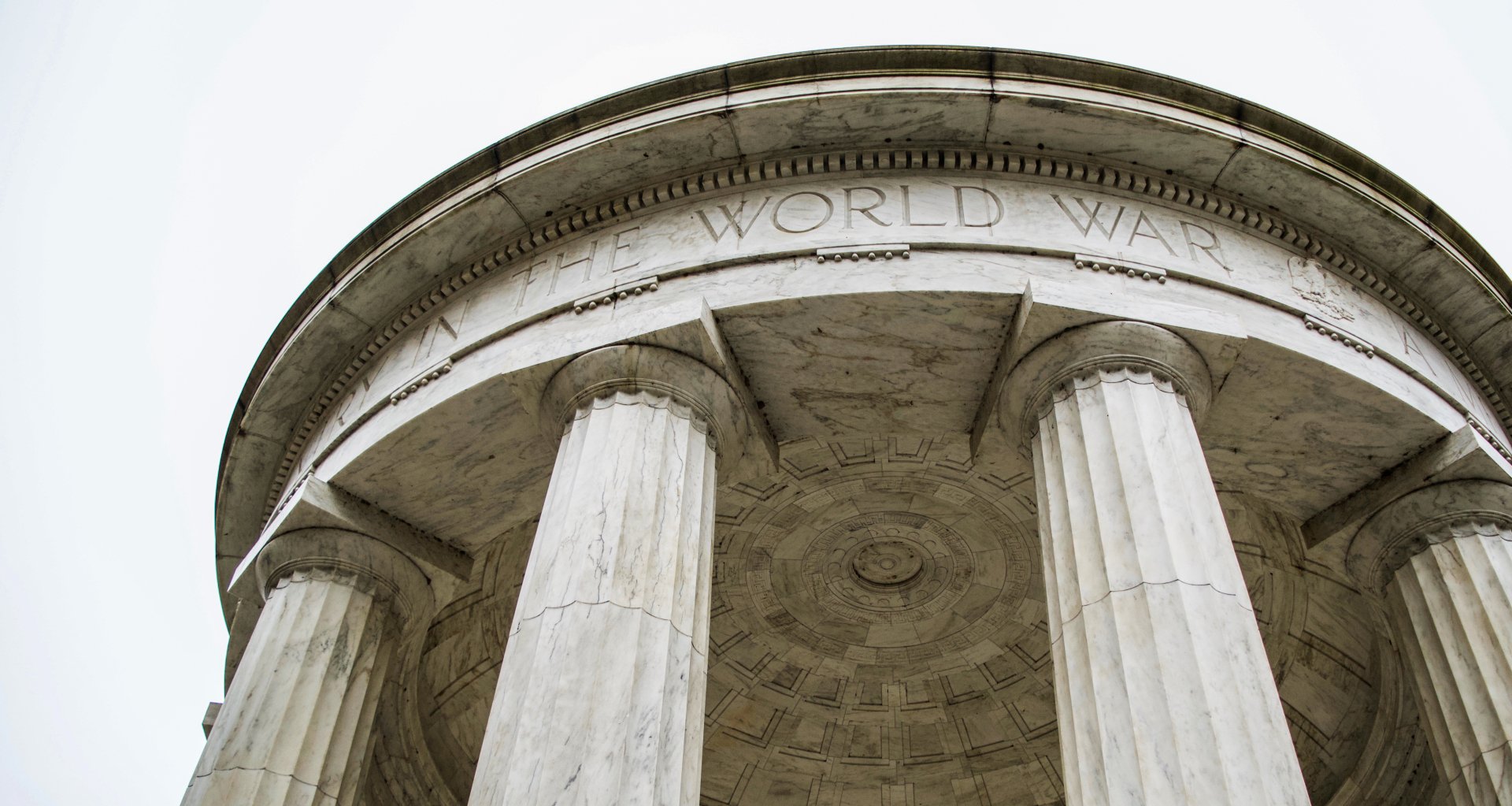 TOPEKA
— U.S. Sen. Jerry Moran of Kansas paid tribute to the 250,000 veterans who have taken an Honor Flight to the nation’s capital to visit memorials created in their honor.

“This place is special,” Moran said during a service at the World War II Memorial. “This place is important to our veterans, but it’s important to Americans. Today, we honor the Honor Flight Network – its creators, its founders, its inventors, its volunteers, its workforce – for making it possible for WWII veterans and now every other veteran to see the nation’s capital and to see the country that they served pay them the respect they deserve.”
He recalled a walk several days before the ribbon cutting event for the World War II Memorial in 2004, which was built with donations generated in part due to persistence of the late U.S. Sen. Robert Dole, also of Kansas.

Moran said he stepped around a security fence to get a look at the near-completed memorial. He located the Kansas marker before stepping away to telephone his father, Ray, in Plainville. His call went to voice mail rather than directly to the 90-plus-year-old World War II veteran of battlefields in the North Africa, Sicily and Italy.

Moran recalled: “I said to the answering machine — it was so useful that the answering machine picked up because these are things that kids don’t easily say to their moms or dads — but I said, ‘Dad, I’m at the WWII memorial. It was built in your honor. I hope someday you can see it. And Dad, I want you to know that I respect you, I thank you for your service, and Dad, I love you.’”
Four years later, the elder Moran took part in an Honor Flight Network flight to see the World War II Memorial.

Former U.S. Sen. Elizabeth Dole, wife of Robert Dole, said her husband was proud to serve as co-chair of the World War II Memorial campaign. He spend many Saturdays meeting veterans who were on Honor Flights to Washington.

“I hope you take pride in seeing how your country has consecrated these precious grounds with memorials build in your honor,” she said. “This memorial is especially meaningful to me.”
She said the Honor Flight Network’s delivery of 250,000 veterans to Washington during the past 17 years was a testament to what American could be. Originally, the focus was on World War II veterans. It was later broadened to veterans of the Korean and Vietnam wars as well as others.

“The story of Honor Flight is a wonderful reminder of what America is still capable of accomplishing when we rise to our best,” Dole said. “Recently, it has seemed like our nation has needed these reminders.”
Moran, who said his father had since passed away, said he made a habit of walking on the Mall when frustrated by serving in Congress. He searches for a different perspective by taking in the Lincoln Memorial, World War II Memorial, Vietnam Wall and Korean War Memorial.


﻿
“In each of those settings, I am reminded that we honor those who for no partisan, Republican or Democrat reason, served their country,” Moran said. “It’s a reminder to those of us who serve in Congress, and us as American citizens, there is a much higher calling than Republican this or Democrat that.”

Kansas to Give Child Care Workers $53M in Appreciation Pay