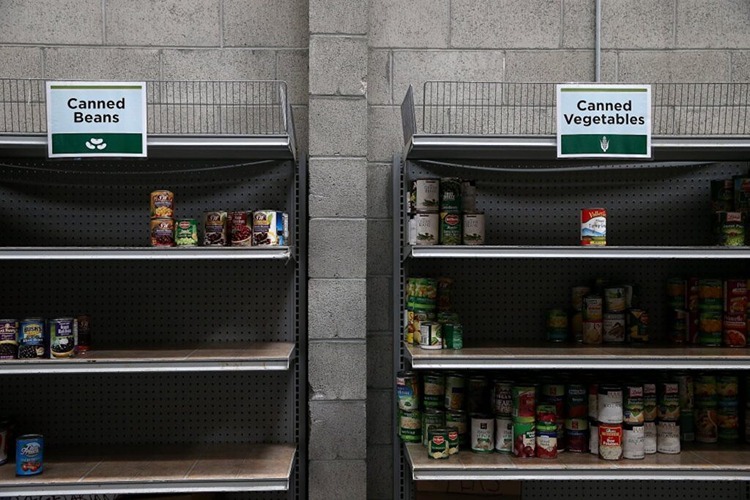 USDA data estimates that about 6% of the U.S. population, or 19 million people, live in food deserts. (Justin Sullivan/Getty Images)

WASHINGTON — The new Republican chairman of the U.S. House Agriculture Committee and a top Democrat on the panel on Wednesday laid out anti-hunger initiatives Congress could tackle in the upcoming farm bill.

During a panel discussion, Rep. Glenn “GT” Thompson of Pennsylvania, the new head of the Agriculture Committee, said he believes members of Congress can find common ground in the upcoming farm bill when it comes to nutrition health and food deserts across America. He said he wants to focus on making nutritious food available, and affordable.

Thompson said he plans to have an emphasis on science, technology and innovation in the bill, which is a multiyear law that creates policy for agriculture and food programs. It is on track to be reauthorized this year.

U.S. Rep. Jim McGovern of Massachusetts, a top Democrat on the committee, said he was concerned about potential cuts to the Supplemental Nutrition Assistance Program, which provides benefits for low-income families to purchase food.

As the top Democrat on the House Agriculture Nutrition, Oversight and Department Operations Subcommittee, McGovern said he is against rolling back any benefits to SNAP and his goal is to prevent any cuts to the program.

“My priority on the nutrition section is to make sure that no one screws around with SNAP,” he said.

Those who qualify for SNAP have an income level less than or equal to the federal poverty level, and the amount of benefits is different in each state.

As part of the coronavirus relief package that Congress passed, it gave states the flexibility to temporarily increase SNAP benefits and waived some requirements for signing up for the program.

Thompson said he believes there’s common ground that can be found in SNAP Employment and Training, which aims to help those in the program become more financially stable by helping with transportation issues and childcare.

McGovern said that the reality is that more working families have had to join the program, and that it’s a policy failure that millions of children and families are struggling to feed themselves.

Congress temporarily expanded the Child Tax Credit in 2021, which provided refunds to families and lifted 2.9 million children out of poverty, according to the U.S. Census Bureau. Without the extension of the tax credit, there were 3.7 million more children in poverty in January 2022, according to a study by the Center on Poverty and Social Policy at Columbia University.

The expanded credit was not renewed by Congress last year.

Food prices on the rise

With inflation, prices of food have continued to rise, according to data collected by the U.S. Bureau of Labor Statistics, which measures the consumer price index.

Both lawmakers noted that the mayors at the event were vital to tackling hunger in their communities, as they already have lines of communication with schools, community centers and understand where food deserts are located in their communities. Members of the U.S. Conference of Mayors are meeting in the nation’s capital this week.

Some of the mayors in attendance included John Giles of Mesa, Arizona, Acquanetta Warren of Fontana, California, Levar Stoney of Richmond, Virginia, and Eric Adams of New York.

USDA data estimates that about 6% of the U.S. population, or 19 million people, live in food deserts.

The mayor-president of Baton Rouge, Louisiana, Sharon Weston Broome, said in her community alone, 1 in 4 children are affected by childhood hunger.

“There’s a correlation with poverty,” she said, adding that poverty in her state remains too high.

Louisiana has a poverty rate of 19.6 percent.

“In the wake of the pandemic, many families are struggling to keep food on the table,”

Laura Carroll, the White House policy advisor for agriculture and rural policy, told lawmakers and the mayors in attendance.

She detailed how the White House is working to incorporate health policy into food and nutrition programs, such as investing in transportation to combat the issue of food deserts and investing in more parks, and safety so that Americans have access to exercise and green space.

The event was hosted by the Mayors Alliance to End Childhood Hunger and facilitated by Share Our Strength’s No Kid Hungry campaign, which is a national organization that aims to end child hunger and poverty in the U.S.