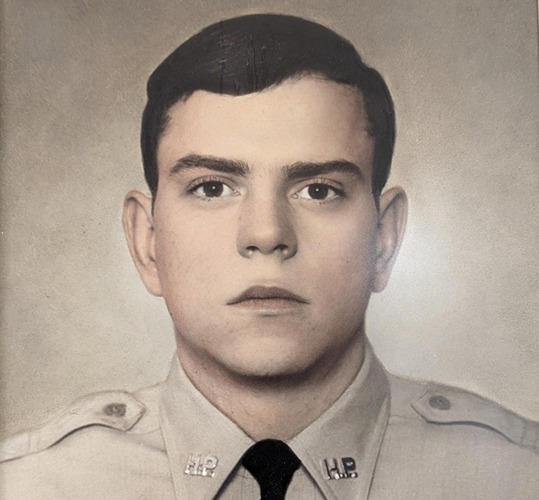 HUTCHINSON, Kan. – Thursday, Sept. 15 marks the 50th anniversary of the slaying of the last Hutchinson Police Officer to die in the line of duty.

Officer Kenneth Kennedy and Reserve Officer Michael Coldren went to Robert E. Lee, a chicken restaurant in the 900 block of South Plum in plain clothes in an attempt to purchase liquor in violation of the law.

After making the undercover purchase, Kennedy and Coldren attempted to arrest a male suspect, in the process of which a fight ensured. A female came out of the kitchen area and shot both officers.

Kennedy was able to return fire and struck the woman twice. He then tried to pull the trigger twice more but did not have the strength to have the hammer fall on his revolver, and succumbed to his injuries on the scene. Coldren was rendered unconscious from a gunshot to the head, and once he regained consciousness summoned help.

The woman who fired the shots was later convicted of second-degree murder in Officer Kennedy’s death. K-61 in the City of Hutchinson was named in Kennedy’s honor shortly after his death, the name it continues to bear today.