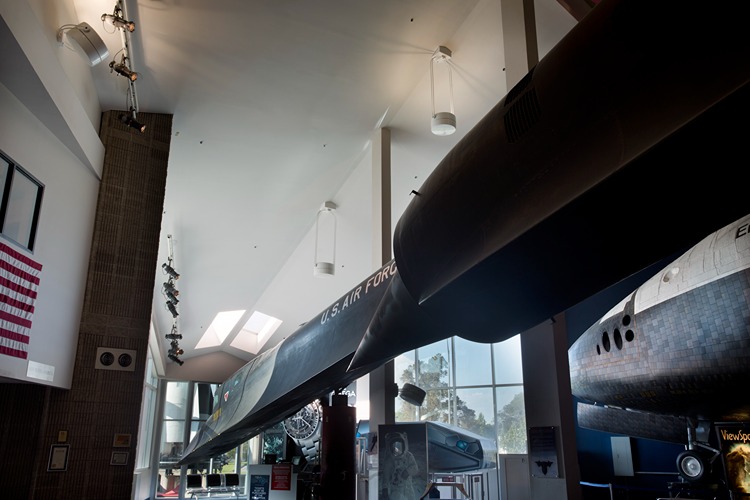 HUTCHINSON, Kan. – Cosmosphere invites the public to Operation: Blackbird, an extravaganza celebration focusing on the Lockheed SR-71 Blackbird. These planes flew three times the speed of sound at the edge of space. Flown from 1964-1990, they were used for reconnaissance and for engineering and flight tests. In 1995, Hutchinson residents watched as an entire addition to the Cosmosphere was constructed around a flown SR-71.

Pilots, crew, and mechanics who worked in the SR-71 program occupy a unique position in U.S. military and engineering history, as the SR-71 remains the world’s fastest manned air-breathing jet. October 14-15, the public is invited to meet SR-71 crew members and hear their stories about the Blackbird.

Festivities begin with a meet and greet in Cosmosphere’s Grand Lobby under the SR-71 on Friday, October 14, 11:30 a.m. to 12:30 p.m. On Saturday, October 15, Cosmosphere offers a full day of activities that include intimate panel presentations with SR-71 experts and a book signing with SR-71 Instructor Pilot, Squadron Commander, Wing Commander and Author, Col. Richard Graham.

Graham’s hardcover, The Complete Book of the SR-71 Blackbird, contains over 400 photos and is available now, along with unique SR-71 gifts, patches, and memorabilia in the Cosmosphere gift shop.

For a list of VIPs appearing and a full schedule of free public events for Operation: Blackbird, visit operationblackbird2022.org.

The Cosmosphere International SciEd Center & Space Museum is a Smithsonian Affiliate. Located at 1100 North Plum in Hutchinson, KS, its collection includes U.S. space artifacts second only to the Smithsonian’s National Air and Space Museum, and the largest collection of Russian space artifacts outside of Moscow. This unique collection allows the Cosmosphere to tell the story of the Space Race better than any museum in the world while offering fully immersive education experiences that meet Next Generation Science Standards. The Cosmosphere also features the Carey Digital Dome Theater, offering daily documentary showings, a digital Planetarium, Dr. Goddard’s Lab, where visitors experience live science demonstrations, and CosmoKids, an interactive STEM area for children accompanied by an adult.

Grand Reopening Celebration is This Week at Midway Motors in McPherson