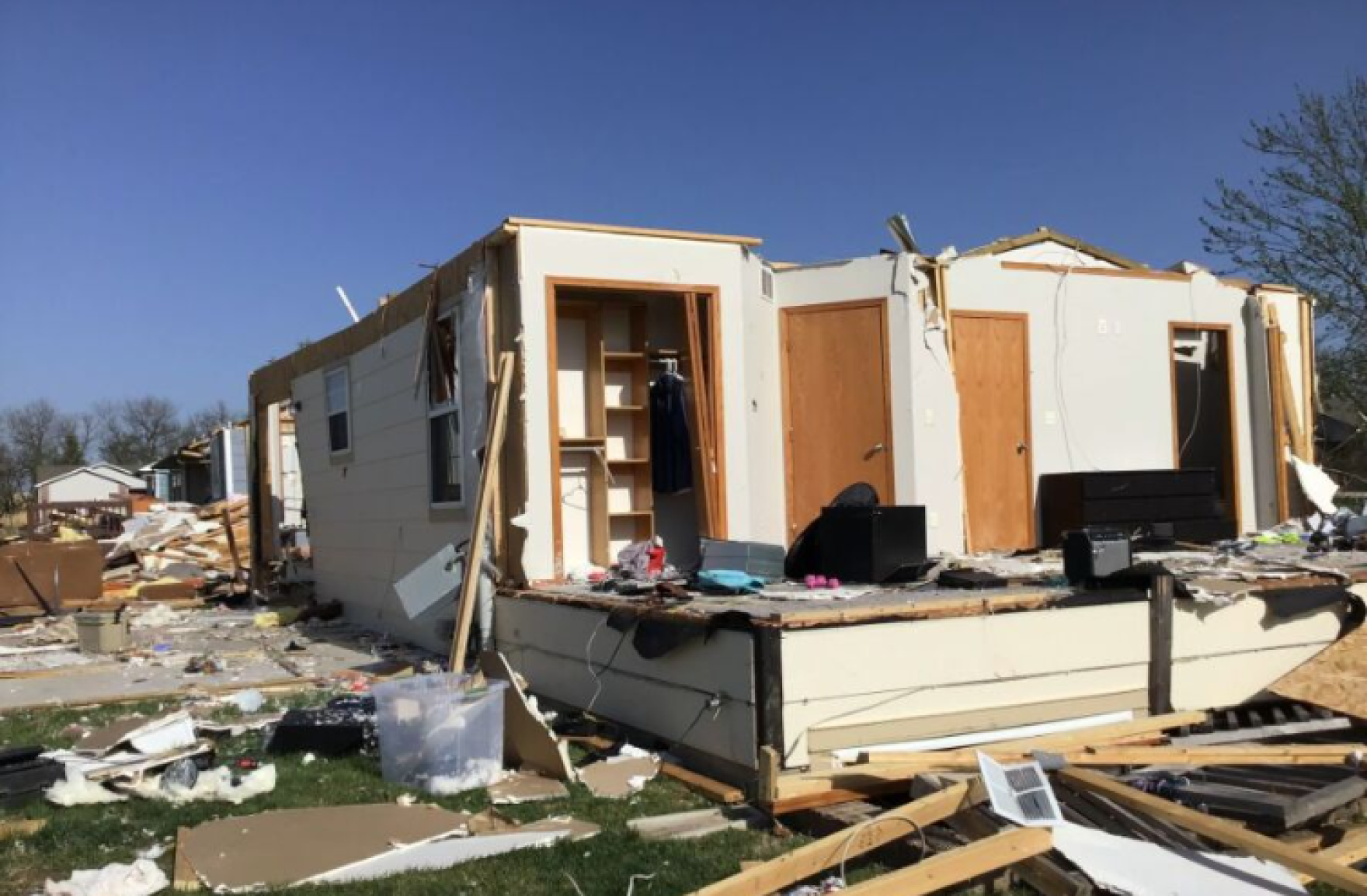 — An Andover elementary school will remain closed for the rest of the school year after being heavily damaged in Friday’s tornado.


District officials said students at Prairie Creek will not have school this week. The district said it needs time to figure out how the students will continue in-person learning at other schools in the district.


Officials said Prairie Creek was the only school damaged by the storm. An inspection on Saturday showed some rooms were untouched while others had extensive damage.


The school was one of more than 1,000 buildings and homes damaged by the storm. The Andover YMCA — which is just north of the school — also suffered extensive damage and remains closed.


Fire officials said between 300 and 400 buildings were destroyed.


The National Weather Service has classified the tornado as an EF-3 with winds up to 165 mph. It said the tornado was on the ground for nearly 13 miles between 8:10 and 8:31 p.m. Friday.


Despite the damage caused by the storm, officials only reported a handful of injuries, most of them minor. That included two Andover firefighters injured during search and rescue efforts.


“I’ve been to a few of these and to have the damage that we have in our community and not have deaths is just a miracle,” said Chad Russell, chief of the Andover Fire Department.


Russell said it will take time for Andover to recover from the latest storm.


“The city of Andover will be affected by this for years,” he said. “We still have scars from 1991.


“I’m so thankful this tornado was not as bad as that, but we will literally be doing this for years.”


City officials are continuing to ask people to avoid the area so emergency crews can continue their work. Butler County Emergency Management said it will let volunteers know when they can come to Andover to help with the clean up.


The United Way of the Plains is coordinating donations for a relief fund. People can donate by calling 211 or at unitedwayplains.org.


The Associated Press, meanwhile, reported that three students from the University of Oklahoma died in a car crash while traveling back to Norman after storm chasing in Kansas. The Oklahoma Highway Patrol said the accident happened late Friday night on I-35 near Tonkawa.