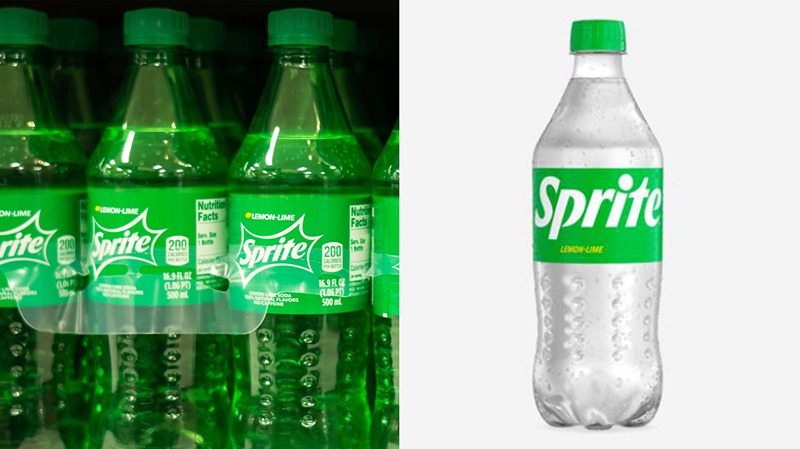 (KPR) – For more than 60 years, the soft drink Sprite has come packaged in iconic green bottles. Now, that era has come to an end.

Starting Aug. 1, the Coca-Cola Company, which produces Sprite, will package the lemon-lime drink in clear plastic bottles in North America, the company announced Wednesday(link is external).

By bottling Sprite in clear plastic, Coca-Cola says, the bottles will be able to be recycled more times. One goal, the company says, is to increase the supply of recycled plastic that the company can then use to make future bottles.

“Taking colors out of bottles improves the quality of the recycled material,” Julian Ochoa, the CEO of R3CYCLE, a plastic recycling company working with Coca-Cola, said in a statement.

Soft drink bottles are usually made of a type of plastic called polyethylene terephthalate, or PET. PET is lightweight, food-safe and recyclable — but like other plastics, PET can take hundreds of years to decompose.

Concerns about single-use plastic have led to calls for food and beverage companies to increase sustainability by avoiding the creation of new plastic where possible.

In turn, Coca-Cola has experimented with bottles made entirely of recyclable PET – also called rPET – along with the use of plant-based material.

“Demand for rPET currently exceeds supply, so the first step to scaling up use of 100% rPET across our portfolio is building a sustainable pipeline of high-quality material,” said Chris Vallette, Coca-Cola’s senior vice president of technical innovation and stewardship.

The clear Sprite bottles were first introduced last year(link is external) in a smaller, 13.2-oz bottle, in a handful of regions across the U.S.

Other Coca-Cola drinks that come in green plastic bottles — including Fresca, Seagram’s and Mello Yello — will also transition to clear plastic bottles.

In the statement, the company also announced that its brand of bottled water, Dasani, will be packaged in bottles made entirely from recycled plastic. Coca-Cola estimates that will save more than 20 million pounds of newly created plastic compared to 2019.

How the Climate Deal Would Help Farmers Aid the Environment