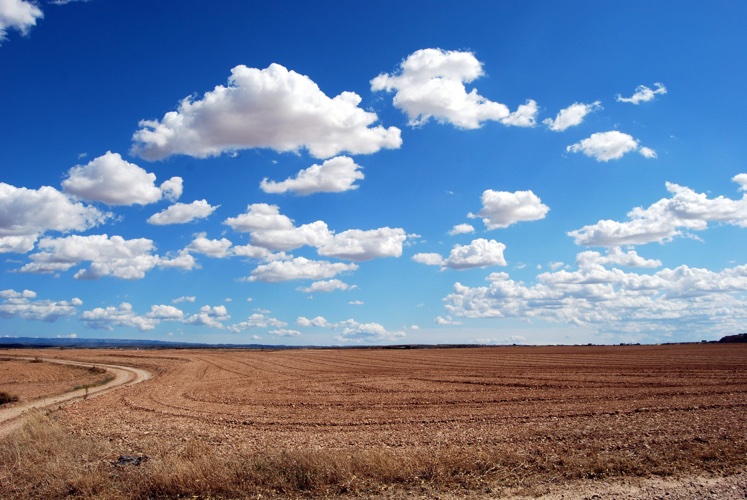 TOPEKA — Farmer Tom Willis’ attempt to get some sleep ahead of testimony to a U.S. Senate agriculture committee studying drought was interrupted by a 3 a.m. telephone call from back home.

Oddly timed calls typically mean cattle are loose on a highway or an intoxicated cowboy needs help, Willis said. Instead, his wife telephoned in the middle of the night to share good news that it was raining in Liberal. In Willis’ area of operations in southwest Kansas, 1.2 inches of moisture fell. It represented the first measurable precipitation there since August 2021, he said.

Soggy ground in and around 7,500 acres farmed by the Willis family in four Kansas counties was a relief in a region frustrated by the dry spell. Lack of rain has elevated reliance on the already-stressed underground water resource known as the Ogallala Aquifer. Drought is expected to diminish corn, wheat, soybean and sorghum yields in Kansas at the same time crop input costs of fuel and fertilizer have escalated.

Willis was in the nation’s capital with Earl Lewis, chief engineer of water resources at the Kansas Department of Agriculture, to testify Tuesday about persistent water woes.

“Through much of Kansas, unfortunately, it’s like a four-wheeler trail,” Marshall said.

He said one-third of Kansas was experiencing severe drought. One consequence, the senator said, was a projected decline of 100 million bushels in this year’s wheat harvest. Shrinking the harvest by one-third could cost breadbasket farmers in Kansas about $1 billion, he said.

“This lack of rain not only hurts farm production at its most crucial time, but also adversely affects ranchers and families who fall victim to raging wildfires across the plains, incurring hundreds of thousands of dollars lost in assets, and at their worst, homes and lives,” Marshall said.

Lewis, the water engineer at the state Department of Agriculture, told federal lawmakers the Western States Water Council representing Kansas and 17 other states believed Congress had an important role in responding to drought. He said collection, analysis and distribution of rain data to all levels of government and individual producers was essential to formation and acceptance of intervention policies.

He said local, state and federal officials ought to collaborate on drought strategies and government should share costs of remediation with farmers looking for a way out of the crisis. Federal programs focused on soil conservation can be tweaked to place more emphasis on water management and irrigation issues, he said.

“The situation in the West is dire,” Lewis said. “The situation on the Great Plains is similar in the fact that over time we are receiving less precipitation and are challenged by drought.”

Lewis said drought prompted farmers to pump extra water from the Ogallala Aquifer, an instinct that contributed to a more rapid decline in that water source.

“If we don’t act we’ll end up with a situation of that resource going away as well as agriculture production associated with that irrigation,” he said.

Willis said in his first year farming in southwest Kansas he irrigated his crops to the extent that it lowered the water level in his wells by an average of 10 feet. He said he knew that rate was unsustainable, but he also understood investments in conservation had to be balanced with the need to be profitable.

He replaced irrigation sprinkler systems, set moisture probes deep in the ground and turned to telemetry to better monitor operation of water wells. Remote controls were added to circle irrigation equipment so sprinklers could be instantly shut down if there was a mechanical problem with a pivot. His corn-soybean-corn crop rotation was altered to include sorghum, a hearty plant he said was suited for dry southwest Kansas.

He said modification of the farm’s approach to water consumption saved 1.2 billion gallons over a six-year period. That represented a 50% reduction in water use without sacrificing net farm income, he said.

“That’s real water and that will be there for my son, for my grandson and for the way of life that we chose to live,” Willis said.

Willis, chief executive officer at ethanol producer Conestoga Energy Holdings, urged the U.S. Senate to reform federal farm aid programs so they were flexible enough to enable farmers to respond to seasonal shifts in environmental and economic conditions. He said federal incentives in the new farm bill could help convince producers to adopt technology or practices capable of conserving ground and surface water.

Indiana farmer says this crop has had challenges from the start