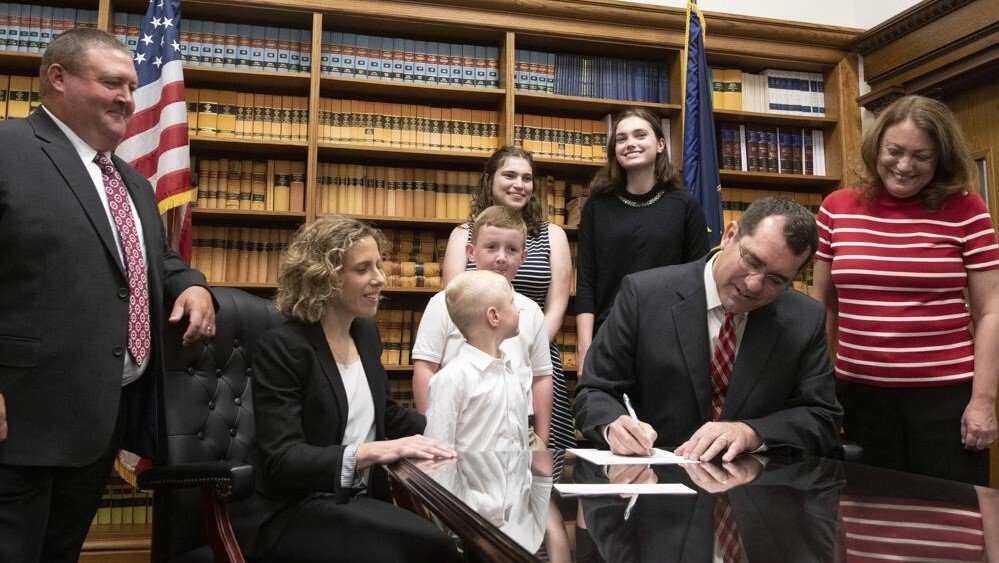 TOPEKA, Kan. (AP) — Presumed Republican nominee Derek Schmidt on Wednesday announced that he’s chosen a staffer for one of Kansas’ two U.S. senators as his running mate in his bid to unseat Democratic Gov. Laura Kelly.

Schmidt filed the necessary paperwork to get him and Katie Sawyer on the ballot for the Aug. 2 primary, where he faces no major opposition.

The 38-year-old Sawyer is state director for U.S. Sen. Roger Marshall and worked on Marshall’s congressional staff before his election to the Senate in 2020. Schmidt told reporters that he expects Sawyer to be a key adviser if he’s elected, helping him stay informed of people’s views on issues.

Before working for Marshall, Sawyer worked in marketing and business development at McPherson College in her hometown, as managing editor of the McPherson Sentinel and a reporter at The Pittsburg Morning Sun. She and her husband operate a farm.