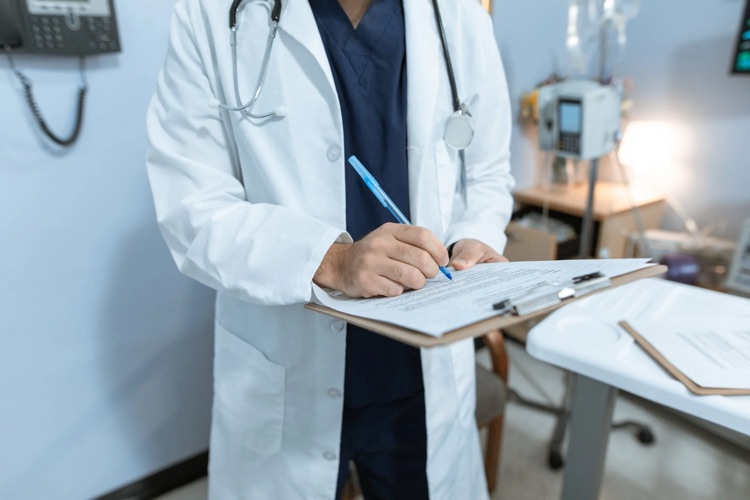 Sawyer made the remarks at a candidate forum in Salina over the weekend in response to a question from an audience member who asked if Schmidt would support a plan to expand KanCare, the state-run Medicaid program. The audience member also questioned former Gov. Sam Brownback’s stance against expansion, arguing the state lost billions of dollars by not expanding.

“I can’t speak to what Gov. Brownback did,” Sawyer said. “What I will say pretty clearly is, as it stands right now in its current proposed form, Derek Schmidt would not be supportive of expanding Medicaid.”

CJ Grover, campaign manager for Schmidt, said the attorney general could not support current proposals because they would assist able-bodied Kansans without children without a work requirement. No matter who is governor, Grover said he did not believe the Legislature was likely to pass Medicaid expansion.

Overall, he said Schmidt considers himself a “open-minded skeptic” on the issue.

“Should the Legislature one day reconsider and decide to advance a proposal, there are requirements AG Schmidt believes must be met,” Grover said. “First, the state share of the expansion cost must be honestly paid for, second there must be a work or job training requirement to ensure expansion is not a welfare program but instead a way to help able-bodied Kansans who are working to support themselves, and third there must be a clear and enforceable prohibition of any taxpayer funding for abortion coverage.

According to the most recent Kansas Health Institute estimates, expansion in January 2023 would lead to 148,000 newly enrolled Kansans. Nearly 88,000 adults who currently fall in the “Medicaid coverage gap” would gain coverage if Medicaid were to expand.

The April estimates indicate an increase of 36% from the pre-pandemic monthly average KanCare enrollment, but only a 1.4% increase in spending. In addition, KHI estimated that the American Rescue Plan Act would create $418 million in savings for Kansas over two years if KanCare were expanded to low-income adults.

“None of the non-expansion states have adopted expansion since ARPA was enacted,” the brief notes in conclusion. “In the meantime, Kansans who remain in the coverage gap have few alternatives for comprehensive affordable health insurance.”

Alliance for a Healthy Kansas estimates the state has lost out on over $5.6 billion without expansion and 150,000 Kansans fall in the Medicaid gap.

Proponents of expansion also highlight concerns with rural hospital closures. Since 2005, nine rural hospitals in the state have closed, and of the 105 rural hospitals in Kansas, 75 are currently running at a loss and are vulnerable to closure, according to a Center for Health Care Quality and Payment Reform study.

“It will expand quality health care for 150,000 hardworking Kansans and create 23,000 jobs,” Andrus said. “That’s good for rural Kansas, good for the Kansas economy, and good for Kansas health care workers — and it will remain a top priority in her second term.”