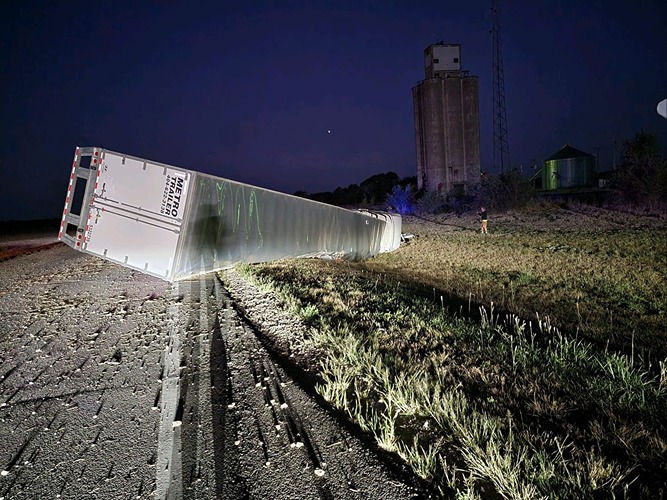 RENO COUNTY, Kan. – A North Carolina truck driver sustained minor cuts and scrapes after the semi he was driving was involved in a rollover accident around 6 this morning just south of Langdon in southwest Reno County.

According to the Reno County Sheriff’s Office, Raymond Gonzalez, 57 of Randleman, North Carolina, was traveling northeast on K-61 highway and approaching the Langdon city limits when his vehicle left the roadway and entered the south ditch. He then overcorrected, causing the semi and trailer to overturn on the passenger side, partially blocking the highway.

The wreck closed one lane of K-61 for a little over two hours and was closed completely while crews removed the turned-over truck.