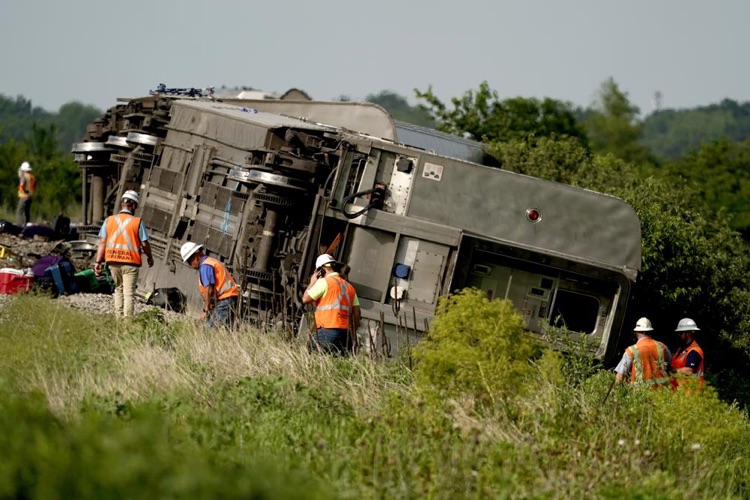 MENDON, Mo. (AP) — An Amtrak passenger train was going about 87 mph (140 kph) when it collided with a dump truck at a rural Missouri railway crossing, killing four people, an official with the National Transportation Safety Board said Wednesday.

The speed limit is 90 mph (145 kph) at the crossing where the collision occurred Monday in western Missouri, NTSB Chairwoman Jennifer Homendy said. The Southwest Chief was traveling about 89 mph (143 kph) when it began blowing its horn about a quarter mile (400 meters) from the collision site, she said.

The early investigation found no concerns with the train’s brakes or other mechanical issues, Homendy said.

The crossing, which had no lights or other signals to warn about an approaching train, is “very steep” and Homendy acknowledged area residents had expressed concerns about it before the crash.

The Missouri State Highway Patrol said up to 150 people also were injured.

The Southwest Chief was traveling from Los Angeles to Chicago when it hit the rear right side of the truck near Mendon. Two locomotives and eight cars derailed. Amtrak officials said about 275 passengers and 12 crew members were aboard.

The spelling of Binh Phan has been corrected.

Kansas, Nebraska Researchers use Plants to Limit Exposure to Toxic Lead in Soil