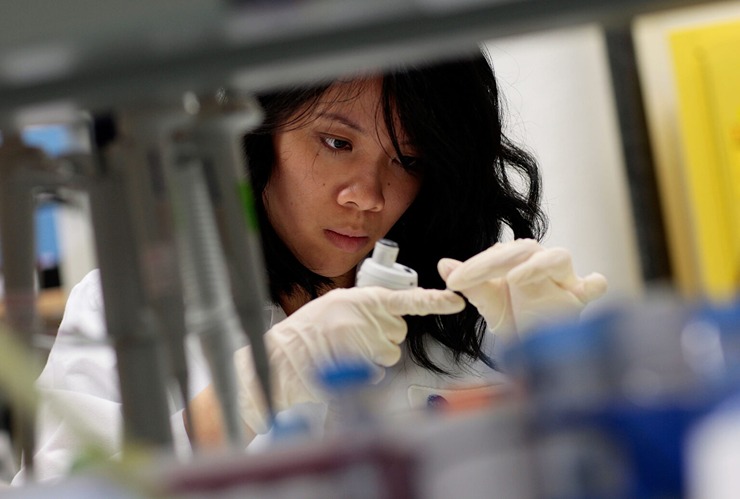 TOPEKA — After the first presumptive positive case of monkeypox in Kansas was identified over the weekend, doctors are confident risks to the public remain low.

On Saturday, Kansas and Johnson County health officials announced — based on lab testing — the state’s first presumed case of monkeypox in a Johnson County man. The county health department is awaiting confirmation on results from the U.S. Centers for Disease Control and Prevention.

The adult did not require hospitalization and Dana Hawkinson, medical director of infection prevention and control for the University of Kansas Health System, says that is the case for most people infected.

“We know some of those symptoms can be quite severe but there are treatment plans in place … that are being done now,” Hawkinson said. “We also know that the Health and Human Services is rolling out a vaccination plan for those people that may be at risk.”

The patient had traveled out of the state and is isolating at home. KDHE is monitoring the individual’s close contacts.

In the typical monkeypox case, a person’s symptoms may include fever, headache, muscle aches, chills and exhaustion, followed by a rash that looks like blisters. This may occur on the hands, feet, chest, mouth and genitals.

Not all cases show symptoms before the rash, but the rate of transmission is much slower than the novel coronavirus. In Kansas, the risk of the virus spreading is low, said state health secretary Janet Stanek.

“If you are experiencing symptoms of monkeypox illness, it’s important to stay home and contact your health care provider as soon as possible to avoid spreading the disease to others,” Stanek said.

The incubation period of monkeypox is usually from seven to 14 days but can range from five to 21 days. Spread most commonly occurs from direct contact with the lesions or prolonged face-to-face contact.

It can also occur through contact with materials that have touched the lesions.

The monkeypox vaccine is available for those who have been exposed to a confirmed case, but with the vaccine supply low, only those contacted by KDHE or clinic partners may receive the shot. KDHE plans to expand eligibility when the stock increases.

“Monkeypox is a very rare disease in the United States,” said Johnson County health director Sanmi Areola. “The virus has not shown the ability to spread rapidly in the general population. Based on the information currently available, the risk to the public appears to be very low.”