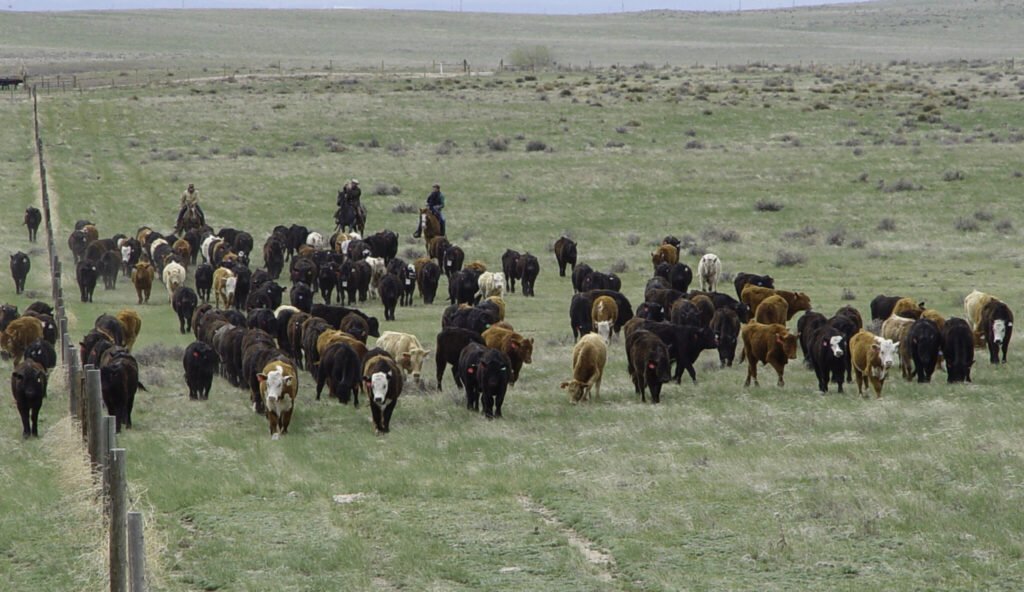 The record profits for meatpackers in the past two years were the result of market conditions during the coronavirus pandemic, along with increased consumer demand, according to leaders of the country’s four large meatpacking companies.

The meatpacking executives defended their business practices during a lengthy congressional committee hearing on Wednesday.

U.S. Rep. David Scott, D-Georgia, chair of the House Agriculture Committee, got straight to the point: “Is there or was there ever an agreement between your four companies to cooperate together on issues impacting supply or pricing? And I need a yes or a no, and also let me remind you that you’re testifying under oath.”
There isn’t, said the four chief executive officers, which included David MacLennan of Cargill, Tim Schellpeper of JBS, Tim Klein of National Beef Packing Company, and Donnie King of Tyson Foods.

“Not that I’m aware of,” Schellpeper said.

The companies — which process about 85% of the country’s beef supply — have been under increasing scrutiny for their profits during the pandemic, as many sectors of the economy have struggled and smaller cattle producers worry about going out of business.

new regulations for the meatpackers. The proposed rules would require them to reveal the details of their private agreements with larger cattle producers, mandate they buy a certain percentage of their cattle in the cash market, and create a new U.S. Department of Agriculture office to investigate anticompetitive behavior.

U.S. Rep. Randy Feenstra, R-Iowa, said the tremendous market share of the four companies gives them too much bargaining leverage and control of the livestock supply.

“The system is set up where the packers will never see a loss, creating massive guaranteed profits while rural farmers lose their livelihoods,” Feenstra said.

Meatpacker profit margins exceeded $600 per cow in 2021, according to research Klein provided for the hearing. That is exceedingly high compared with most of the past two decades, when the margin was often less than $50. The meatpackers made about $15 billion in profits last year, Scott said.

That margin began to increase in 2015 with the rise of consumer demand — especially for higher-quality meat — and a supply of cattle that had overtaken the processing capacity of the meatpackers, the executives said.

They testified that the beef industry has been reliably cyclical, with cow-calf operations, feedlots and packers having different profit margins year to year in a roughly 10-year cycle. It just so happened that packer profits were on the upswing when the pandemic hit.

“The unforeseen shocks of the pandemic that we saw was a significant issue for us and for all industries,” said King, of Tyson Foods.

The temporary closures of packing plants, followed by slower production due to worker shortages, created a massive backlog of cattle that drove down the price paid to ranchers. At the same time, demand for processed meat increased during the pandemic, keeping consumer prices high.

Other witnesses testified Wednesday about the consolidation of the meatpacking industry and the companies’ agreements with livestock producers that take place outside the realm of the cash market. They said the agreements are the result of prioritizing efficiency and driving down the consumer cost of food without regard for the consequences on smaller cattle producers.

“The cheap food policy of United States government has been extraordinary successful,” said Gilles Stockton, a longtime cattle producer in Montana. “It’s hollowed out all of rural America.”
He said the federal government hasn’t done enough to enforce existing antitrust laws in the industry. There is a pending investigation into the meatpackers’ recent record profits.

“I am very frustrated with the Department of Justice,” said U.S. Rep. Vicky Hartzler, R-Missouri. “It’s been over two years and we’ve heard nothing. … We deserve to know what happened, if there was collusion, if there was any price fixing.”
Don Schiefelbein, a cattle producer in Minnesota and president of the National Cattlemen’s Beef Association, dismissed notions of price fixing. He said lawmakers should delay their consideration of new regulations until the DOJ investigation is finished. He said there is no need to create another oversight office.

“The laws are in the books,” Schiefelbein said of antitrust provisions. “It’s enforcement that matters and making sure we’re carrying out the rules that are already in place.”
The criticisms of the meatpackers were mostly leveled by Democrats and Midwestern lawmakers. Some Republicans dismissed the critiques as finger-pointing by the Biden administration at the meatpacking industry to deflect responsibility for inflation.

4th and Halstead Traffic Lights Off for Repairs Starting Wednesday