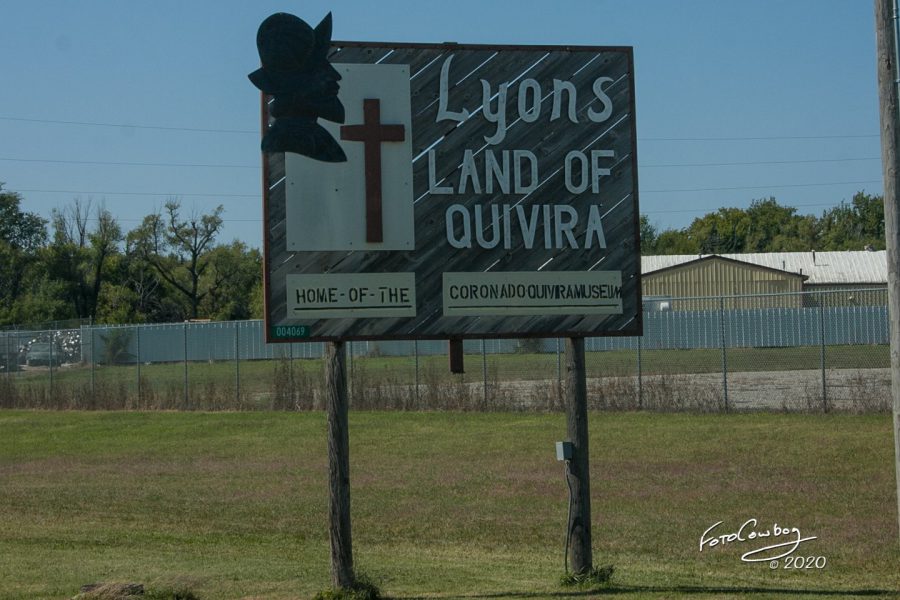 LYONS, Kan. – Following a lengthy discussion on the pros and cons, The Lyons City Council voted 6-1 Monday night to move forward with a plan to obtain natural gas storage through Southern Star Pipeline, which transports gas to the city-owned system.

The Kansas Municipal Gas Agency had worked out a proposal for the six KMGA cities Southern Star Transports gas for storage space, which would allow those cities to purchase gas at times when prices are lower, such as during the summer, and store it for winter usage. Four of the six cities that the offer was made to turned it down, with the city of Burrton also scheduled to act on the proposal Monday.

Under the storage agreement, which would be for a minimum three-year period starting April 1, 2023, the cities would be able to store an amount of up to 100 times 25 percent of maximum daily usage. There would be an annual charge per unit, that based on the minimum storage price currently at 70 cents per unit would amount to $28.299 for Lyons. It was estimated at this rate it would add around $1.37 a month to gas bills from the city.

The Council, in approving the agreement, gave the authorization to allow a bid of up to 75 cents per unit. If the Burrton City Council approved the agreement, both cities would have to agree on identical terms, working with KMGA. Council member Deb Metzger voted against the agreement.

The appointment of Sheila Spielman by Mayor Dustin Schultz to fill the vacated Ward 1 Council position was approved. Former Councilmember Rocky Gaines resigned from his seat in June.

Final approval was made to the city’s 2023 budget, for which a hearing was held on September 6th.

The budget calls for a projected mill levy of 54 mills, which would be just over 1.1 mills above the 2022 rate and exceed the Revenue Neutral Rate as calculated based on information from the Kansas Department of Revenue.

The Council set November 21st show cause hearings for repair or demolition of structures at 215 W. 3rd and 419 W. Main. As part of his report, City Inspector Brogan Jones gave an update on other properties where demolition proceedings are in various states of progress. Bids for the demolition of four properties on North Pioneer ordered by the Council earlier will be solicited. One three other homes are under contract for rehabilitation under a Community Development Block Grant which will pay for these demolitions.

Jones said, after consultation with city prosecutor Remington Dalke, the city does need to take a look at demolition processes which both agree need to be cleaned up. Part of this is a need to notify anyone that might have any kind of interest in a property, including lienholders and tenants.

Dalke also recommended the city start from the beginning if it were to decide to pursue the demolition of 515 S. Workman. Some work has been done on that property, but Jones said not all permits that were required to be issued had been pulled, specifically one for structural repairs.

The Council approved a change in plans for new lighting in the downtown area. Brad Hunt from The Downtown Alliance, which is spearheading the project, said they have decided to utilize a track lighting system that would be mounted on the tops of buildings around the square. The LED lighting would be housed in a weather-protected enclosure, be Bluetooth controlled, and can utilize a variety of colors for various events.

The permanent lights would be installed by Chris Rios of Ultra Shine Holiday Lights of Ellsworth, with an estimated cost of around $27,000, plus an annual maintenance agreement that can also include set-up and removal of any other decorations the Downtown Alliance may add in the future. The Alliance would be responsible for the cost of that agreement. The Council had earlier committed $10,000 towards the project subject to private fundraising which has been done.

Council members accepted the bid for a mill and overlay project on Main Street from Sherman to the Pride Ag Ace Hardware parking lot.

The $368,589.68 bid from APAC Kansas, the only one received, was considerably above the engineer’s estimated CCLIP funding from the Kansas Department of Transportation. That funding covers $300 thousand of the construction cost, with the city responsible for the remainder along with design and inspection expenses totaling around $150,000.

In his report, City Administrator Chad Buckley said mill and overlay projects began last Friday with milling on Arnold and Noble Streets. Mill and overlay work is also scheduled to be done on Dinsmore Ave.

The city received notice Monday from the Kansas Department of Health and Environment approving a waterline replacement project, which involves two blocks of East Avenue North. The letter came one day after city crews had to repair a leak just to the north of the line being replaced.