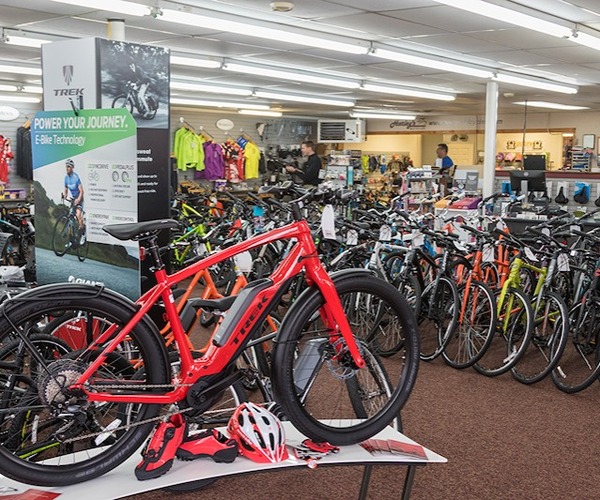 Hutchinson, Kan. – A nationally recognized Hutchinson business celebrating its centennial this year has changed ownership. Andrea and Tony Finlay recently purchased Harley’s Bicycles from Bob Updegraff. Updegraff has worked at Harley’s, considered a top 100 bike shop in the United States, since 1965 and has owned it since 1995.

Andrea Finlay, who will handle day-to-day operations, told Ad Astra News she and Tony, executive director of Hutch Rec, wanted to invest in the community. “Bob has done a great job with the bicycle business and we thought it was a great purchase,” she said. “We want to be part of recreation, and with Tony being with Hutch Rec and my degree in corporate fitness, we thought it was a good fit for us.”

One of the oldest bicycle stores in the state, Harley’s at 629 N. Main St., was established in 1922. It has been recognized multiple times by the National Bicycle Dealers Association (NBDA) as one of America’s Best Bike Shops.

Updegraff said it was his goal to sell the business to someone involved in the community. “We didn’t want to just auction the store off,” Updegraff said, adding they wanted to choose the right buyer to take care of the store the way it has been taken care of for the past 100 years.